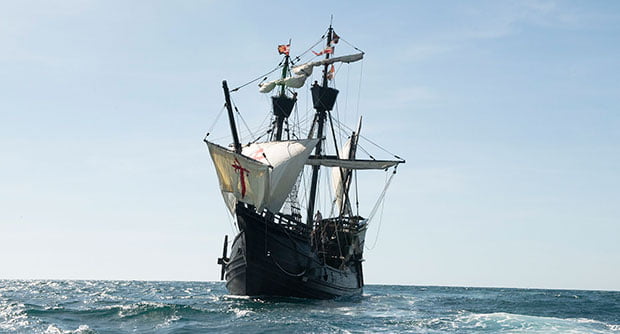 Magellan: Circumnavigating the World uses a replica of Magellan’s ship the Victoria

Magellan: Circumnavigating the World is a 50-minute special from doc producer Terra X following Magellan as he and his men set sail on behalf of the Spanish crown in search of the Spice Islands, in what is now Indonesia.

The film, by Hannes Schuler, follows in the footsteps of the expedition using re-enactments staged on a replica of Magellan’s original ship, the Victoria.

It also tells the story of Basque sailor Sebastian Elcano, who brought home the rest of the fleet and crew after Magellan’s death on the Spice Islands, while discussing the impact of colonisation on local people with interviewees from local areas.

ZDFE will now shop the title to international buyers.