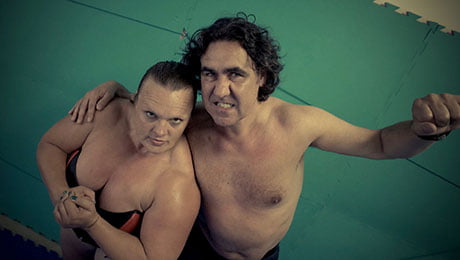 The Whisper Group, owner of UK-based sports and unscripted production outfit Whisper, has invested in a new prodco.

Crowther and Reilly have previously worked with talent such as Michael Sheen, Helena Bonham Carter and Micky Flanagan and have produced a range of non-scripted primetime shows.

It comes after Sony Pictures Television’s recent acquisition of a stake in Whisper, which was co-founded by CEO Sunil Patel, broadcaster Jake Humphrey and former Formula One driver and current commentator David Coulthard in 2010.

“Whisper’s core values were a huge draw for us in joining them; their drive and ambition are infectious to be a part of. They’ve been hugely supportive and the partnership provides a great opportunity to learn from one another,” said Crowther.

Patel added: “Mike and Michelle have both demonstrated many times in their careers a real skill for working with incredible on-screen talent to tell engaging, cinematic stories.

“Having them on board as Moonshine Features brings more significant experience to the group and strengthens our overall offering. It also boosts our growing presence in non-scripted and scripted entertainment. We look forward to supporting Moonshine as needed, as they develop and grow.”