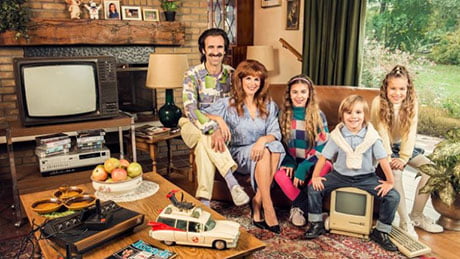 VTM in Dutch-speaking Belgium has lined up its sixth season of the format, having been the first to launch the show in 2017.

In Denmark, TV2 has commissioned a third run, scheduled to air later this year, having recently aired S2 of the show, which has also been remade in the Netherlands (RTL4), Sweden (TV4) and Germany (ZDF).

The show sees a celebrity family return to a particular decade from the past to relive everything from the music to the food.

The format was developed by Lecter Media, which is distributing the format in cooperation with fellow Belgian company Be Entertainment.

Gepke Nederlof, MD of Be Entertainment, said: “We’ve noticed that the uplifting retro-tainment genre speaks to viewers all around the world, now more than ever. And the fact that a series can be produced in a short time frame and corona-proof helps other broadcasters to consider the show again, so stay tuned for more greetings from other countries soon.”