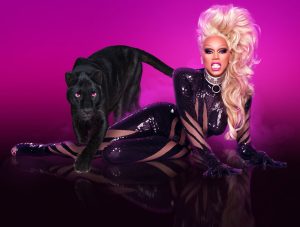 ViacomCBS-owned US network VH1 has doubled down on reality competition series RuPaul’s Drag Race, commissioning a 13th season of the show, along with its behind-the-scenes companion show Untucked and a sixth season of its All Stars spin-off.

The show, produced by LA-based World Of Wonder, follows a group of drag queens as they compete each season to become “America’s next drag superstar” with one contestant sent home each week.

Hosted by drag icon RuPaul, the format has been adapted in several territories, including Canada and the UK, and the show has attracted a range of high-profile guest celebrity judges, recently including such stars as Jeff Goldblum, Daisy Ridley and Nicki Minaj.

“Drag queens have been on the frontlines of many challenging times in our history,” commented RuPaul. “RuPaul’s Drag Race 13, All-Stars 6, and new seasons of Untucked will offer more opportunities for our queens to rise to the occasion and spread the love.”