US version of Eurovision set for 2021 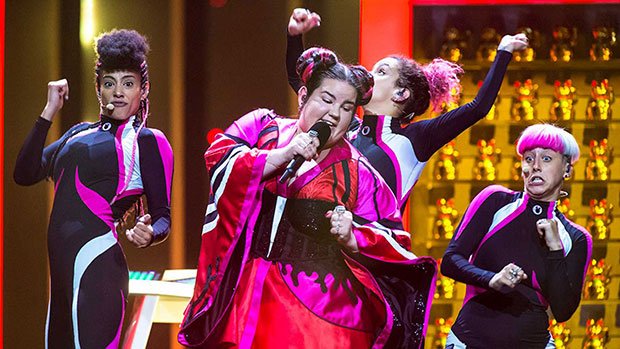 The Eurovision Song Contest has run since 1956

A US network is yet to be attached to the project, which will see musical artists from each of the country’s 50 states compete live on TV with original songs.

Preceding the event will be the American Song Contest Academy, where juries of music professionals will select artists from each of the states to compete in qualifier competitions, leading to semi-finals and ultimately the grand final.

Launched in 1956, the Eurovision Song Contest airs on public broadcasters across Europe every May. Each qualifying nation puts forward a song to be performed in a live show, with the winner decided by a cross-continent public telephone vote plus a panel of judges from each country.

They will work alongside Christer Björkman and Ola Melzig, who have worked on more than 20 Eurovision Song Contests between them. The co-CEO of LA-based Propagate Content, Ben Silverman, is also on board.

“Imagine if music was an Olympic sport and artists from all over the world came together to compete for the gold. That’s the Eurovision Song Contest,” Lenoff said.

“The American version will be different to anything seen before on US television, marrying the fanfare and excitement of March Madness and the NFL playoffs with the artistry and beauty of world-class performances.

“The American Song Contest is a competition that happens to be televised, rather than a contest created to make a television show. And it’s open to all singers with a song, whether they are amateur artists or already signed to a major record label. No-one is excluded from the competition.”