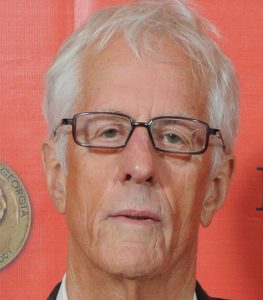 Michael Apted, the documentarian and film-maker behind the long-running UK factual series Up, has died aged 79.

Apted became known globally for the Granada Television show, which started in 1964 and tracked the lives of 14 people every seven years.

The latest addition, 63 Up, aired on UK commercial broadcaster ITV in 2019 and has since been picked up by global networks, including KBS in Korea.

Apted was also behind a raft of movies, directing James Bond feature The World Is Not Enough, and was also widely known for 1980s movie Gorillas In The Mist and Oscar-winning Coal Miner’s Daughter.

Thomas Schlamme, the Directors Guild of America (DGA)’s president, said Apted’s “legacy will be forever woven into the fabric of cinema and our guild.”

He added: “A fearless visionary as a director and unparalleled guild leader, Michael saw the trajectory of things when others didn’t, and we were all the beneficiaries of his wisdom and lifelong dedication.”

ITV’s MD Kevin Lygo was among numerous others to pay tribute, describing Apted’s career as “truly remarkable”. He added that the Up series highlighted the “possibilities of television at its finest in its ambition and its capacity to hold up a mirror to society and engage with and entertain people while enriching our perspective on the human condition.”

“The influence of Michael’s contribution to film and programme-making continues to be felt and he will be sadly missed,” Lygo said.