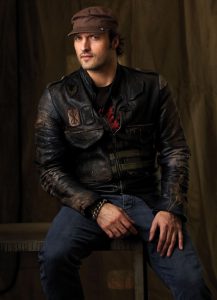 Financial details of the deal have not been revealed but the sale of Univision’s stake to Rodriguez means the English-language entertainment cable network and production studio, which was created by the Mexican-American and FactoryMade Ventures, is now 100% independently owned.

Univision, which is in the process of being bought by investment firms Searchlight Capital Partners and ForgeLight, will continue to provide El Rey with sales and distribution services, the broadcaster added.

Rodriguez, El Rey’s chairman, described the deal as “an important and significant milestone”.

He added: “Thanks to Univision’s support and guidance, El Rey has been able to achieve more than we ever imagined and I’m confident that with this strong foundation we will continue to successfully serve one of the most important and influential audiences.”

FactoryMade CEO John Fogelman added: “From the start of our partnership, Univision believed in the strength of El Rey’s strategy and our potential, and today’s development is a true testament to all we’ve accomplished together.

“We thank the whole Univision team for their support of our network. They have been a tremendous partner, and I look forward to seeing all the company achieves in its next chapter under the ownership of such well-respected industry experts.”

Vince Sadusky, CEO of Univision, said: “Univision initially partnered with Robert and the El Rey team in an effort to support an innovative brand with the goal of successfully reaching young Hispanics in a way that nobody had done before.

“We look forward to watching all that El Rey will undoubtedly accomplish in the future. For Univision, we remain focused on the anticipated close of our transaction with ForgeLight and Searchlight and we are excited about all that lies ahead.”