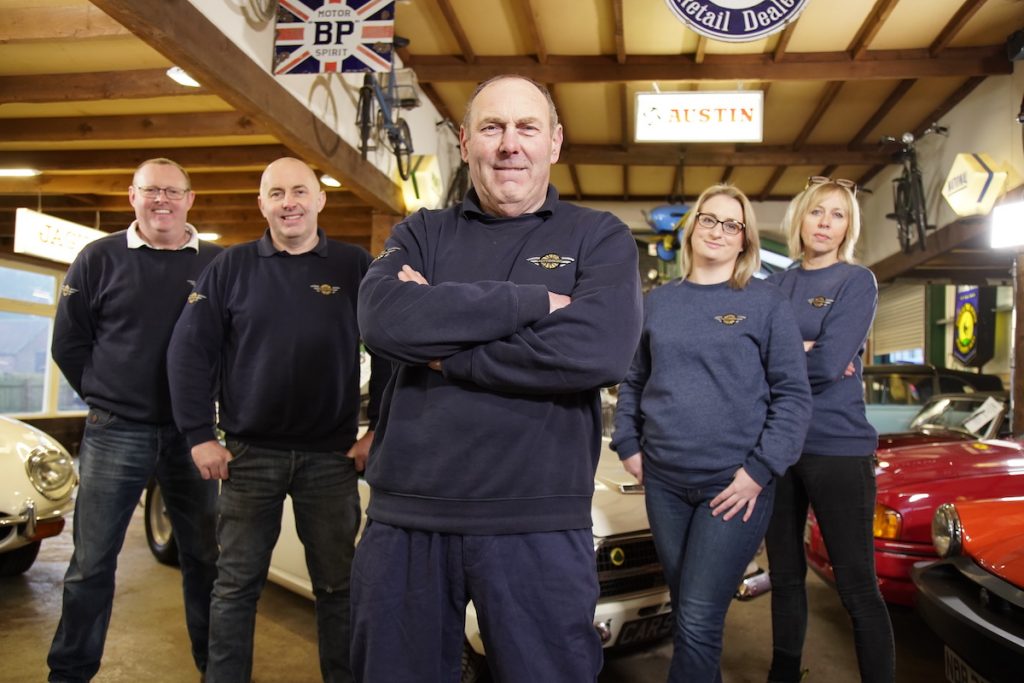 The third season of the UKTV Original series is due to air in October, with these new commissions (20 x 60-minutes), which are currently filming, bringing the total series order to five. All seasons are distributed by TCB Media Rights.

Produced by Yorkshire-based indie Air TV, Bangers & Cash follows the Mathewsons, a family of classic car auctioneers, based in the village of Thornton-le-Dale in North Yorkshire, as they uncover “forgotten motors and memorabilia” which they take to auction.

The upcoming third season sees the family get their hands on sought-after automobiles including a Jenson Interceptor, a rare Aston Martin DB6 and a trio of Ford Capris.

UKTV’s Kirsty Hanson commented: “I’m really pleased to be working with Air TV and the marvellous Mathewsons – the array of vehicles they have coming through their gates with fascinating stories is incredible.”

Andy Joynson, executive producer for Air TV, added: “We’re delighted with this new order for more Bangers & Cash. It’s been a pleasure to capture the desire and dedication that the Mathewsons have for the world of classics. That enthusiasm runs through the veins of the whole production and we’re so pleased we can continue to share that with the channel and its viewers.”

Other recent UKTV Original commissions for Yesterday include Restoration Workshop, The Architecture The Railways Built, Warbird Workshop and Train Truckers.