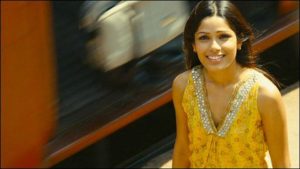 UK-based Red Room Films is to produce a limited series based on Spy Princess: The Life Of Noor Inayat Khan, Shrabani Basu’s biography of the British spy, with Freida Pinto attached to star and executive produce.

Inayat Khan served in the British Special Operaton Executive during the Second World War and was the first female wireless operator to be sent from the UK into occupied France to aid the French Resistance. She was eventually betrayed, captured and sent to Dachau concentration camp in Nazi Germany, where she was executed.

“She was a fierce and amazing woman, the most unlikely heroine of World War Two,” said Slumdog Millionaire star Pinto. “Sending women to the front line is controversial even now. Then it was unthinkable. Sending a Sufi mystic, who won’t use a gun, daughter of a long-haired Indian Guru who preaches love and peace – ridiculous!

“But Noor thrives, not in spite of her differences, but because of them. Her struggle to reconcile her values with the desire to find her own path and with her complex sense of duty, is something I am so excited to explore and to recreate.”