TV in the time of corona

TV in the time of corona

Getting TV production moving again after the pandemic subsides will depend on agreeing who pays for future lockdowns, argues Jeremy Roberts, partner at UK-based media law firm Sheridans. 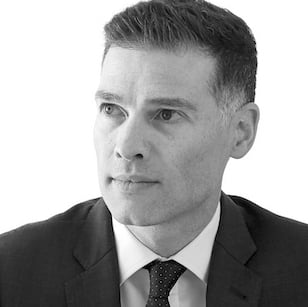 What legal issues will need to be addressed before TV production can start moving again?

Limiting the damage to the UK television industry will depend on returning to previous levels of activity as quickly as possible once the current restrictions are lifted. But most higher budget productions will not be greenlit until we find an answer to a new question – who bears the cost of any future lockdowns? We have been working with various stakeholders to find a solution.

What will the risk of future lockdowns mean for TV production?

From what we currently know of Covid-19, even after the pandemic ebbs and the current lockdown is lifted, there is a high chance of future flare-ups of the virus, leading to further restrictions. As a result, each new production will face a new ‘known unknown’ risk – the chance of another lockdown, meaning potential absences of onscreen talent, cost overruns and delayed delivery.

How will this issue impact production costs?

To appreciate the potential scale of the problem, look at the production model for high-end drama. Buyers – broadcasters, VoD platforms and distributors – commit to paying large fees in return for the future delivery of programmes. By and large, those fees are fixed. Buyers don’t pay more if the programme ends up costing more to make. As between the buyers and the producer, the producer bears the risk of cost overruns.

How can producers offset that risk?

The producer has various ways of laying off that risk: experienced production managers create the budgets, those budgets contain contingencies for unforeseen costs, many productions have completion bonds – a guarantee by a third party to step in to complete and deliver the programme – and, of course, all productions are covered by insurance. These protections are so robust that banks compete amongst themselves to provide the low interest loans that most producers of high-budget scripted content need to finance their production costs.

Those banks will not lend unless producers can demonstrate that they can produce and deliver the show, come what may. In the face of future shutdowns, they can’t. Similarly, buyers will be loath to commit to paying large fees if there is a significant chance the production will be shutdown, delayed and almost certainly go over-budget.

What can producers do in this situation?

In normal times, we would look to insurers, but they are now excluding this and other pandemics. Some coverage will doubtless re-emerge – perhaps covering limited shooting blocks, or cast and crew carrying a form of ‘immunity certificate’ – but it will almost certainly not offer full protection. The existing government measures will probably extend to any future shutdown too, but they fall some way short of underwriting all additional costs caused by any future restrictions. Producers and buyers want to line up productions ready to go as soon as the current restrictions are lifted, but the route to greenlight looks harder than ever.

What are you advising your clients about the way forward?

We have reviewed the issue with various stakeholders, and here is what we will be advising our clients:

• The soft close: producers, buyers and financiers should use the current hiatus to agree all of the transaction agreements as much as possible, leaving the unknowns like dates and insurances to be dropped in once the situation clears. The default position is that sufficient insurance cover to satisfy the lending bank will be required for full closing. At the moment, it is far from guaranteed that will become available. If the stakeholders want to remove that uncertainty now they will have to manage and allocate the risk amongst themselves.

• Shutdown contingency plan: approval of a detailed contingency plans quantifying the anticipated costs for restrictions of different lengths and at different stages of production should be a new condition precedent to full closing. Producers will have to plan in advance how they will mitigate the costs of future shutdowns for each new production. Those costs fall into two buckets: extra interest on the loans and the extra costs for on-camera talent, crew, staff and suppliers. Interest rates are so low that the extra interest payments can be covered by a small increase in the contingency. The other costs are harder to mitigate. Producers will have to negotiate the ability to suspend production in all their agreements with cast, crew and suppliers with as little outlay as possible. In practice, this will be hard for the main cast who may be scheduled to appear in other productions after the shoot dates.

• Sharing risk: even with the best planning, producers will not be able to get the shutdown costs to zero. Producers will face pressure to underwrite the costs. They shouldn’t – at least, not on their own. If another lockdown happens and producers are left carrying the cost, many will go under leaving unpaid debts and an industry poorer for their absence. Generally, buyers are in a better position to assume some financial risk, but we should not expect them to bear it all. If we do, they will inevitably be forced to reduce their exposure by ordering fewer shows. That would hurt the sector’s recovery. Producers and buyers will need to find a compromise. For example, they could share the costs equally up to a defined point – thereafter, the buyer could decide whether to fund additional costs themselves or abandon the production.

• Buyer’s flexibility: in any event, buyers will need to show flexibility, for example, by accepting delayed delivery times and, at worst, changes to essential elements caused by future shutdowns, without penalty to the producer.

• Cast and crew: Pact, Equity and Bectu – the industry representatives for producers, cast and crew respectively – are working to agree industry-wide terms that will cover future shutdowns. Rightly, Equity and Bectu are fighting hard for their members, but they should bear in mind that, the more robust the protections for cast and crew, the higher the costs of a shutdown. In turn that will mean that fewer shows get made, hurting their members. They should accept more flexibility than they would otherwise like for the greater good.

What else should producers bear in mind when working in the time of coronavirus?

There are still a huge number of unknowns – such as whether or when people with immunity to Covid-19 will be able to return to work outside of their homes – but producers cannot wait for these questions to be answered. The best case scenario for the industry as a whole is for producers to use the current shutdown to line themselves up to start production as soon as possible once the current restrictions are lifted. That means agreeing terms with buyers, cast, crew and banks now, leaving as few unknowns as possible to be filled in on full closing.

All the stakeholders need to take a sensible and flexible approach. If they don’t, the damage to the UK TV economy could last months or even years after the current restrictions are lifted. If they come together, they will give themselves and the industry as a whole the best chance to bounce back quickly.

Jeremy Roberts is a partner in the Sheridans media and entertainment team, specialising in advertising and brands, broadcasting, digital media, media finance, sport, TV and the visual arts. He has a particular focus on the television sector.