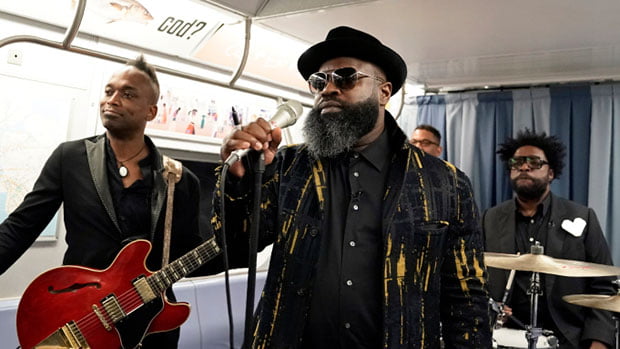 The Roots have released 14 studio albums

The three-year deal covers development on scripted, unscripted and special programming across television and digital platforms, expanding The Roots’ 10-year-plus relationship with NBC.

“This deal is very important to us as we’ve been content producers and storytellers for our entire career,” said Thompson.

“A significant investment from Universal Television Alternative Studio and Universal Television in our vision allows us to share these stories on a much larger scale. Tarik and I see this as the next chapter to our careers, and we are very involved in the entire process. I’m directing, Tarik is writing and we both are producing.”

Trotter added: “Many of our initial projects have been music-centric content, and one of our goals is to become the premiere hub for music storytelling – a safe space for these stories to be shared across a variety of platforms.

“Eventually we will expand outside of music with our stories. However, as we all know, every story has a rhythm and Two One Five Entertainment will harness that rhythm and create well-produced, compelling content.”

Universal Television Alternative Studios was launched in 2016 to develop unscripted content and formats and is behind shows including The Wall, Hollywood Game Night and The Titan Games.