TF1 adapts Is That Really Your Voice? 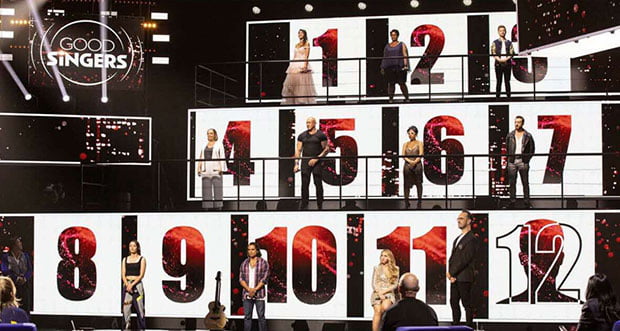 French network TF1 has begun production on singing entertainment show Good Singers, based on Global Agency’s Is That Really Your Voice?, despite the format being at the centre of a copycat row.

The new version will premiere on the French commercial network this Friday titled Good Singers and hosted by Anthony Lambert.

The dispute over the format is between Turkey’s Global Agency and South Korea’s CJ ENM, with the latter accusing the former of copying its own singing entertainment show I Can See Your Voice.

Both shows see a panel of judges guess whether contestants are good or bad singers just by looking at them. I Can See Your Voice aired first on CJ ENM-owned channels Mnet and TVN in February 2015, while Is That Really Your Voice? received its first commission six months later.

They both launched on the global market at Mipcom that same year, but Global Agency claims Is That Really Your Voice? was being pitched before that and was created in 2013 by its founder and CEO Izzet Pinto before I Can See Your Voice debuted.

Amid the ongoing dispute, TF1’s adaptation is now in production and will premiere on Friday.

Pinto said: “I’m very excited to be partnering with TF1 on our fantastic entertainment format Is That Really Your Voice?. The idea for the show came from watching the singer Susan Boyle, who rose to fame on a talent show. That inspired me to create this format. Her voice did not match her look and created big surprising moments for the audience. This feeling led me to create this idea.

“Then TF1 acquired our format. After the announcement of Good Singers, there has been huge interest in this format even before the launch. It looks like audiences around the world are showing interest in comedy formats these days. Good Singers will be a perfect show for worldwide TV channels. I think it will be the next big thing.”