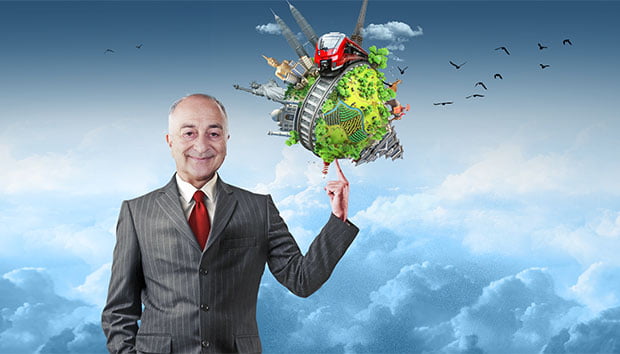 Around the World by Train has been picked up across Europe

Poland’s Telewizja Polsat has picked up a raft of factual series and documentaries produced by the UK’s Crackit Productions for its lifestyle channel Polsat Café.

The titles include When… Goes Horribly Wrong, a 4×60’ series exploring how luxuries like cosmetic surgery can go dramatically wrong, and Hoarders (5×60’), which takes a deep dive into the world of extreme hoarders.

Telewizja Polsat has also acquired A Very British Sex Shop (1×60’), which follows a family who use their expert knowledge of what Brits love in the bedroom to keep the family business running against the odds of social taboos and family strife.

The sales are part of a raft of deals secured in Central and Eastern Europe by Israeli distributor Keshet International.

Keshet Productions’ Speed Freaks (6×60’), which sees daredevil Zef Eisenberg and his team of mechanics attempt to break British land speed records, has been picked up by Auto Plus in Russia, CIS and the Baltics, and by Sony Pictures Television’s channels in Central Europe.

For Hungarian channel Spektrum Home, AMC Networks International Central & Northern Europe has acquired the free TV and catch-up rights to both seasons (each 6×60’) of Rumpus Media and Motion Content Group’s Around the World by Train, in which Tony Robinson takes a whirlwind journey around the globe.

BBC Studios has also acquired both seasons of Around the World by Train for its BBC Earth channel in Poland and South Africa, while Ananey Communications taken both runs for The Travel Channel in Israel.