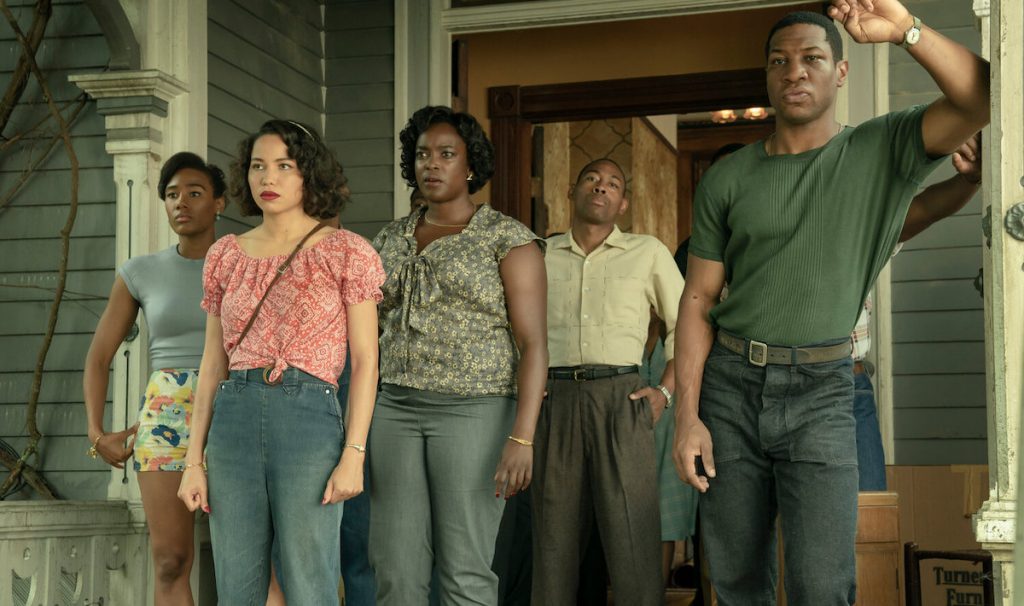 Covid-19’s impact on the global TV industry is going to be felt for years to come and the changes it has brought about are myriad.

Yet while the focus at the start of the pandemic was largely on the impact on production and dwindling ad revenues for broadcasters, the repercussions more recently have seen a swathe of super-sized restructures that aim to put DTC streaming at the heart of the world’s biggest content providers and creators.

But more than that, the rebuilding process has put an increased focus on the international market. This was perhaps best underlined this week by Netflix, which revealed a raft of changes designed to smash the silos that had kept the US and the rest of world apart.

Following his appointment as Netflix co-CEO in July, Ted Sarandos had already set out to “simplify” the streamer’s content team. That had led to the surprise departure of VP of original content Cindy Holland last month, alongside the elevation of Bela Bajaria to VP of a new global TV division.

VP of originals Channing Dungey was next out the door to join Warner Bros., while Nina Wolarksy, Netflix’s VP of original series for drama – who worked on hits including Orange Is The New Black and The Crown – and president of originals Jane Wiseman – who helped bring shows like Grace And Frankie and Ozark to the service – have also both departed in more recent days. 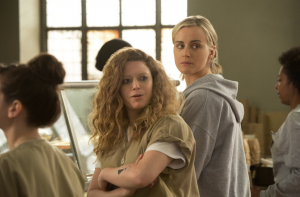 Orange Is The New Black

And the strategy behind those exits became clear when Bajaria unveiled her new-look structure, which is designed to put an emphasis on commissioning international content and making it easier for producers to know who they should be talking to. It underlined the extent of Sarandos’ ambitions to snag more subscribers outside of the US, too, a necessity because most observes believe Netflix’s growth prospects Stateside are all but saturated.

This global thinking is not just reserved for global streamers, however. UK commercial broadcaster ITV saw its revenues smashed by Covid-19’s impact on advertising and as a result, it too has promoted a recent restructure that has again thrust OTT to the fore. A new media and entertainment division – led by current director of TV Kevin Lygo – is being created, with two arms: one is a broadcast-focused unit also led by Lygo that will target mass simultaneous reach via linear; and the other is an on-demand team exploring digital product development and growth opportunities.

Rufus Radcliffe, currently ITV’s chief marketing officer, will head up the on-demand side of the business, which will focus on expanding ITV’s online offering by providing new content that appeals to audiences “who already do most or all of their viewing on demand and will serve it to them in whatever way they want to access it.” This unit will include AVOD streamer ITV Hub, SVOD Hub+ and BritBox, the UK content-focused SVOD created by the BBC and ITV.

The commercial broadcaster has also already talked up its international growth strategy too, with plans to expand BritBox into around 25 more countries in addition to North America and Australia.

If the changes at ITV were prudent, then developments – and executive movements – across the pond at ViacomCBS have been dramatic. The recently merged company has been in a constant state of flux this year, with a rejig for its global structure in January followed by monthly developments across almost all divisions. 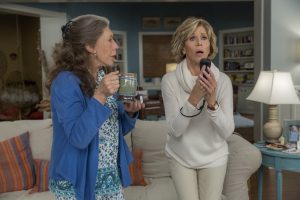 This time last year, CEO Bob Bakish was talking up the “growing bias in the industry towards direct-to-consumer solutions” but recent development have seen the focus put on DTC. Last Tuesday saw Pluto TV CEO Tom Ryan appointed at the head of a new-look structure, taking on the additional role as president & CEO of ViacomCBS Streaming, where he will oversee CBS All Access, which will relaunch as Paramount+ in early 2021.

While he continues to oversee Pluto TV – which he has headed since 2014 – Ryan will now have a giant remit, with global oversight of the company’s streaming strategy across both AVOD and SVOD. The new integrated streaming structure, which was made effective immediately, brings together ViacomCBS’s global streaming services into one division that aims to make the most of its IP and franchise opportunities globally.

Indeed, if there is one major trend emerging from Covid-19, it is the impact of its accelerating effect on streaming. As a result, the industry’s major players are attempting to rapidly get their houses in order. And it’s not that they weren’t already planning to focus on DTC, of course, but it is the speed of the change that is noteworthy.

Just yesterday, longstanding Warner Bros. UK boss Josh Berger became the latest to step down from WarnerMedia’s senior ranks, which has already seen a swathe of big names depart, from Bob Greenblatt, chairman of WarnerMedia Entertainment and direct-to-consumer, to Kevin Reilly, CCO of HBO Max and president of TNT, TBS, and truTV.

Those exits came about as part of the ongoing restructuring around HBO Max, which experienced an unspectacular launch in the US despite having series such as Lovecraft Country on its slate. The streamer is set to be rolled out internationally over the next 12 months and overseeing it all is WarnerMedia CEO Jason Kilar – one of the key minds behind Hulu – who has instigated a a vast restructuring process this summer. Cuts are also in the works to deal with the fall-out from Covid-19, with the AT&T-owned company starting the process of shedding thousands of jobs in a bid to cut costs by as much as 20%.

NBCUniversal (NBCU) has also started cutting staff as it focuses more attention on its streaming business, following the US company’s decision to combine its TV and streaming divisions under Mark Lazarus. That move saw Lazarus take charge of NBCU TV and streaming, which houses recently launched SVOD and AVOD service Peacock plus a vast array of networks including NBC, Telemundo, cablenets – such as USA, Syfy, Bravo, Oxygen and E! – and the company’s international channels. 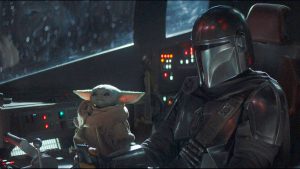 Even Disney – whose streamer has been widely seen as one of the major winners from locked down audiences, with standout shows like The Mandalorian – has used the past six months to justify restructuring, with a new distribution division and revamped content groups now focused on supplying its streaming operations.

The changes come as Disney fights plummeting revenues at its theme parks and movie divisions, with the content divisions all feeding programmes into a single – global – Media and Entertainment Distribution group that will be headed by Kareen Daniel. It will oversee all management and distribution, as well as operation of the streamers – including Disney+ and Hulu – and Disney’s US networks.

While Covid-19 has caused unprecedented uncertainty over the past nine months, it is clear that the wholesale changes across US studios and elsewhere are a sign that competition is seriously heating up. The associated effects of the pandemic – from theme park closures to cinema shutdowns – also mean costs are being scrutinised like never before, which has put an inescapable focus on DTC. Delivering a successful, vertically integrated streamer on a global scale is no longer an ambition for the world’s biggest media companies, but a pre-requisite for survival.