TBI In Conversation: Building an American ‘Utopia’ with Sharon Levy 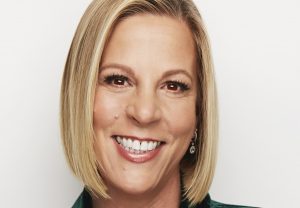 TBI’s Mark Layton speaks to Sharon Levy, president of unscripted and scripted programming at Endemol Shine North America, about upcoming thriller Utopia, ahead of the series launch this week.

This darkly comic nine-part series boasts some marquee names both in front of and behind the camera, with Gone Girl and Sharp Objects author Gillian Flynn serving as creator and showrunner and High Fidelity star John Cusack among a cast that also includes The Office’s Rainn Wilson and Sasha Lane, the breakout star of 2016 feature American Honey.

Getting Cusack for what is his first TV series role is notably something of a coup, with all credit, according to show producer, and Endemol Shine North America’s president of unscripted and scripted programming, Sharon Levy, going to Flynn.

“Gillian had such a clear vision the whole way through on every aspect of the show. He was the only person that she really wanted for that role. This is the first time he has ever done a television series, so it’s a massive coup, but I think it’s all about the strength of the character and the strength of her vision, and her determination to get whatever she wanted.”

Levy says that it was the same with bringing Lane, who plays the character Jessica Hyde, on board the series: “Every time [Flynn] talked about Jessica Hyde, there was always an image of Sasha, even way back. She was Jessica Hyde, Gillian insisted. She’s a very determined showrunner.” 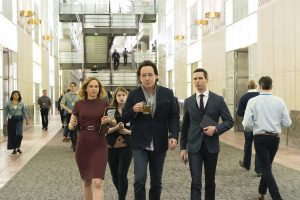 The series, as Levy puts it, follows a group of “unlikely heroes who believe that the secrets to the world’s unfeeling” are hidden inside the pages of a comic book. And when they find themselves caught up in a deadly conspiracy, it seems they might be right after all.

Utopia is a remake of Kudos’ UK series of the same name that aired on Channel 4 in 2013, though Levy says this adaptation will be far from an identical experience for existing fans.

“There are of course characters and elements from the original, but Gillian really had a vision to make it her own and you will see that it does depart. It’s a different tone. Gillian’s work is always laced with a lot of dark humour and I do think they share that in the DNA, but she made it very much her own.” 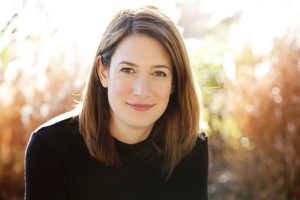 The remake has been in development since as far back as 2015, with Flynn and David Fincher, who directed the theatrical version of her novel Gone Girl, originally attached to deliver a series for HBO. When that fell through, the project went into limbo, until Endemol took Utopia back to market.

“When I got to Endemol three years ago, I was so lucky that on my desk were these fantastic scripts by Gillian. And it was ‘Oh, what is this gift I have walked into?’” enthuses Levy.

“It was a moment in time where, there were a lot of places, a lot of new content distributors that were either just getting on the scene or hadn’t really been that established and we said this is such a fresh show, this is such a unique idea with such amazing talent, let’s take it back out.

“When we pitched it to Amazon they immediately understood it, they immediately got it and thus began our relationship. I think we’re very lucky. Waiting is always terrible, but sometimes patience does pay off.” 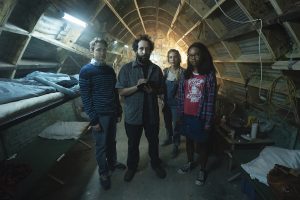 The heroes of ‘Utopia’

Levy adds that working on Utopia was a pleasure for a number of reasons: “I am a huge comic book nerd, a huge genre fan. So to get to be a part of a project that, for all my Comic-Con-going, to see those characters become heroes and be celebrated, it’s super fun.”

She also cites the “great collaborative process” and working with Flynn, who she describes as one of her favourite authors, and laughs as she adds: “The cherry on the top for me is, as a child of the 80s; oh my god, it’s John Cusack, right? As a fan-girl moment, that was a big deal.”