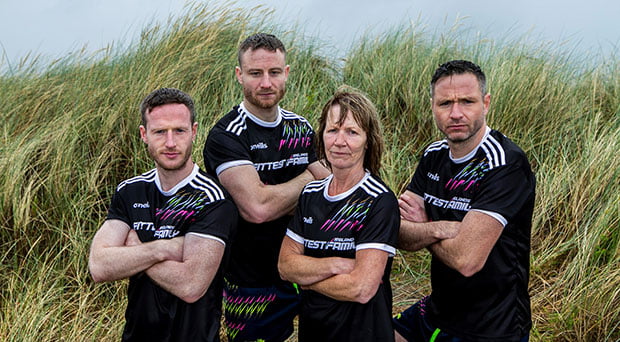 Swedish pubcaster SVT has greenlit a local version of Irish format Fittest Family, adapted to minimise the risk of Covid-19 to those working on the show.

Swedish prodco Jarowskij Productions is poised to go into production on an 8×60’ adaptation of the show for a weekend primetime slot.

As television production has now resumed in Sweden, subject to certain protocols, the Swedish iteration of Fittest Family will be recorded on a re-devised set and will feature specially adapted tasks.

The show’s UK-based distributor, Magnify Media, brokered the agreement for the sixth international adaptation of the format, with Cecilia Ingebrigtsen, its manager of format sales in Germany and Nordics, sealing the deal.

The new SVT series, which will be hosted by Swedish Olympic sprinter Susanna Kallur and top sports presenter André Pops, will see seven families compete against each other for the title of Sweden’s Strongest Family.

The action will unfold in a mountain environment, where the competing families will live on a campsite, following strict safety guidelines. The families will be judged not only on their physical prowess, but also on how well they work together and support each other.

The show was originally commissioned by Irish pubcaster RTÉ, which has just renewed its version for an eighth season produced by Kite Entertainment.

Revisions to the Irish version to cope with Covid-19 protocols include filming at a single location hub, where the action will be captured outdoors and with no on-set audience. In addition to self-isolating prior to filming, the families involved in the new series will compete in the same challenges, but without mixing physically.