SundanceTV, YLE pick up The A Word S3 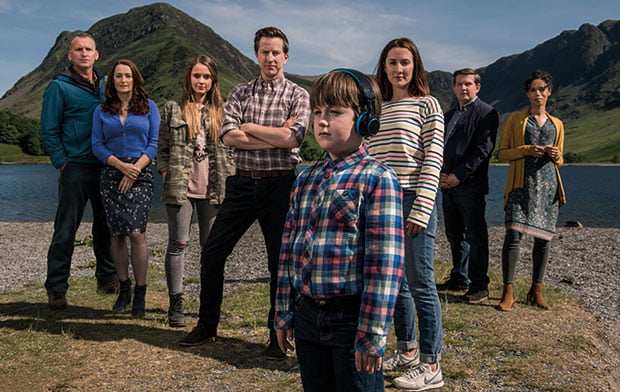 Family drama The A Word aired on BBC1 in the UK

SundanceTV in the US, Stan in Australia and Finland’s YLE are among a host of international buyers to have acquired scripted content from Israeli sales house Keshet International.

AMC Networks’ SundanceTV, YLE and BBC First have licensed the third season of the UK adaptation of family drama The A Word.

All previously acquired S1 and S2 of the series, with BBC iPlayer relicensing them both to allow box-setting with the S3 premiere in the UK and BBC First re-licensing them for pay TV in Australia.

In addition, RTL in Croatia has acquired S1 and S2 for its RTL Play premium SVoD service, with SBS acquiring them for a second free-to-air window in Australia.

AMC Networks has also acquired New Form Digital’s drama Cold (10×12’/1×120’) for SundanceTV in Latin America, as well as both 8×30’ series of Complex Networks’ In The Vault. The latter has also been picked up in Canada by CBC’s French-language network Société Radio Canada.

In Australia, streaming platform Stan has acquired romcom The Baker & the Beauty (9×60’), produced by Universal Television and ABC Studios in association with Keshet Studios. Meanwhile, both seasons (10×30’) of the original Israeli series have been sold into Planet TV in Slovenia.

Swedish broadcaster TV4 has acquired S1 of False Flag (8×45’), with SBS in Australia picking up streaming rights to both S1 and S2.

Finally, Federalna Televizija in Bosnia & Herzegovina and TV Vijesti in Montenegro have acquired two seasons of drama series The Paper.