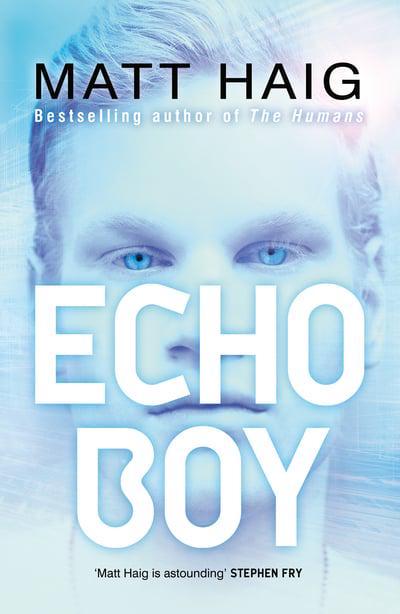 Echo Boy was published in 2014

The Amsterdam company is partnering with long-time collaborator Tommy Pallotta, who co-developed the animation technique used in A Scanner Darkly, Waking Life and Undone, for the Echo Boy project.

Echo Boy takes place in the year 2115, and follows the story of a teenage girl whose parents are murdered by a malfunctioning humanoid robot.

The Dutch studio is currently working on the animated drama Undone for Amazon Prime and forthcoming Richard Linklater feature Apollo 10½: A Space Age Adventure for Netflix.

Femke Wolting, co-founder and co-MD at Submarine, said: “What we have been building with Undone, Apollo 10½, and now with Echo Boy is a truly global slate of high-end, innovative projects that aim to push the medium of animation forward. Matt’s book is futuristic but also intensely human – and has the combination of an original world and resonant truth we look for in a story.”

Haig is an internationally bestselling author for both children and adults. His adult novels include How to Stop Time, The Humans and The Midnight Library. He also wrote the non-fiction book Reasons to Stay Alive, which has been translated into 43 languages.

His latest children’s book, A Boy Called Christmas, has been adapted into a feature film by Blueprint Pictures, Studio Canal and Netflix and stars Maggie Smith, Kristen Wiig and Jim Broadbent. It will premiere in 2021.