StarzPlay, the streaming service from US cablenet Starz, has acquired the exclusive rights to the second season of DC superhero drama Doom Patrol in the UK. 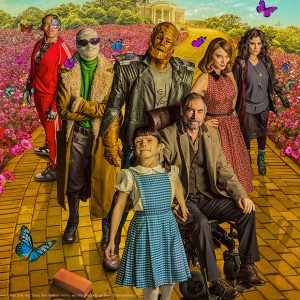 The streamer will launch new episodes of the live-action drama series, which comes from Berlanti Productions in association with Warner Bros Television, on July 16.

Doom Patrol is a re-imagining of a group of characters described as “outcast superheroes” – Robotman, Negative Man, Elasti-Girl and Crazy Jane, led Dr Niles Caulder, also known as The Chief.

The drama launched in the US on DC Comics’ OTT service DC Universe in February last year and is now also available on WarnerMedia-owned HBO Max. It arrived in the UK on StarzPlay at the beginning of the year.

It is distributed worldwide by Warner Bros International Television Distribution and based on characters created for DC by Arnold Drake, Bob Haney and Bruno Premiani.

StarzPlay is available on the Apple TV app, Amazon’s Prime Video Channels and Virgin Media in the UK.

It is home to series such as Hightown, The Spanish Princess, Power Book II: Ghost, The Great, Castle Rock, Ramy and The Act, alongside a movie library of thousands of titles.