Stan and TVNZ take ‘RuPaul’s Drag Race Down Under’ 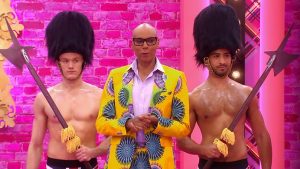 World of Wonder’s entertainment format RuPaul’s Drag Race is heading to Australia and New Zealand as an eight-part Stan Original.

The appropriately titled RuPaul’s Drag Race Down Under will debut on Australian SVOD service Stan and New Zealand’s TVNZ OnDemand, and stream internationally on WOW Presents Plus.

Production is expected to begin this week in New Zealand and the series to premiere later in the year. RuPaul will host and executive produce, as well as joining Drag Race regular Michelle Visage on the judges’ panel. Fenton Bailey and Randy Barbato are also attached to executive produce.

The format features a group of drag queens who compete in weekly challenges, with the bottom two face-off against each other in a lip-sync battle for a chance to remain in the competition.

Details about the third judge and celebrity guests are yet to be announced, other versions have attracted high-profile guests and prizes have ranged from a cash sum to exclusive gifts or just the publicity that the TV exposure brings.

This new version joins adaptations in Spain, Thailand, Chile, Canada, the UK and Holland, while the original US show, RuPaul’s Drag Race, was recently commissioned for a 13th season by VH1.

“I cannot wait for everyone to see that Down Under queens have some of the biggest charisma, uniqueness, nerve and talents in the world,” said RuPaul. “Thank you to Stan and TVNZ OnDemand for providing a platform for these outrageous drag artists to share their heart, soul and humour.”