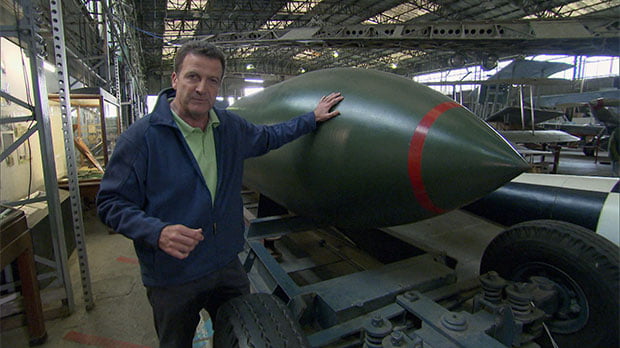 John Nichol in D-Day & The Dambusters

Factual-focused Smithsonian Channel has commissioned two versions of a documentary on the RAF squadron known as the Dambusters for its feeds in the US and UK.

D-Day & The Dambusters (working title) is being produced by UK indie TVT Productions to mark the 76th anniversary of the Allied landings in June.

The Smithsonian Channel in the UK, which launched last January, will air a 1×90’ version, while a 1×60’ cut will be shown on the US cablenet.

The doc will see historian and former RAF navigator John Nichol reveal how 617 Squadron, the most famous RAF bomber unit of the Second World War, fooled Hitler and the German high command into believing the Allies were invading Calais, instead of Normandy, by creating the impression of a fake fleet with their Lancaster bombers.

Using declassified documents and log books, Nichol chronicles this mission and other precision bombing operations that 617 Squadron carried out after they attacked and breached dams in the heart of Germany, which created their legend and earned them the Dambusters nickname, helping the Allies to win the war.

Charles Thompson, exec producer for TVT Productions, said: “D-Day & The Dambusters is an unusual insight into the little-known history of how the brave RAF personnel of 617 Squadron spent the rest of the war following their incredible achievements as the Dambusters.

“John Nichol is a war hero himself – he was shot down in Iraq in 1991 – and is able to uniquely relate to one of the most daring wartime raids of all time by speaking to some of those involved on both sides, while also uncovering new facts and visiting key historic locations.”