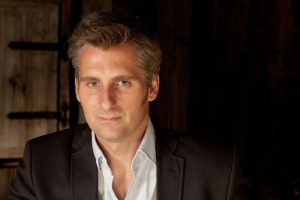 UK prodco Slim Film + Television has bought back all the shares in the company previously held by Australia’s Seven West Media.

Slim’s managing director Simon Crawford Collins said that it was an “exciting time” for the company to regain its full independence after buying back Seven West’s majority stake. Financial terms were not disclosed.

“We have had a great four years working with our amazing colleagues at Seven and we will continue to work with them as broadcasters and partners whenever the opportunity allows,” added Crawford Collins.

Slim recently launched family drama Mystic for CBBC and TVNZ, completing filming on eight episodes in New Zealand just before lockdown, with plans to return to complete the next five episodes later this year.

The company is also currently mid-­production with an adaptation of the Jules Verne classic Around the World In Eighty Days, penned by a writing team led by Ashley Pharoah and starring David Tennant and Ibrahim Koma.

This latest news follows months of turmoil for Seven West Media, which is home to Australian platforms including Seven Network, 7TWO and 7mate. Its stock has fallen over recent years and last month the company fell out of Australia’s ASX300, which houses the country’s top 300 companies on the exchange.

The firm has been offloading assets, including selling Seven Studios UK to Beyond International and publishing group Pacific Magazines to Bauer Media.