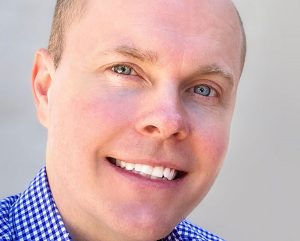 In his new role, Prigmore will be responsible for overseeing the creative development of all feature films and television series for the Skydance Media subsidiary’s production slate.

Its upcoming projects include animated adventures Luck, Spellbound (wt) and Pookoo (wt). Skydance also has a slate of soon-to-be-announced, TV series in various stages of development.

Veteran exec Prigmore has enjoyed a high-profile career in the animation industry spanning more than 25 years. Before joining Skydance, he served as VP of creative at Walt Disney Television Animation, where he drove the development of animated content across multiple platforms and brought to life series including DuckTales, Big City Greens and Amphibia.

Prigmore has held senior positions at DreamWorks Animation, Warner Bros. Animation and LAIKA, with his work on the features Coraline and The Croods earning his two Annie Awards. He has also worked on acclaimed projects including The Iron Giant, How To Train Your Dragon and The Lord Of The Rings: The Two Towers.

“We are thrilled to have Shane join our team at this pivotal time as we continue to increase our film and series production,” said Skydance Animation president, Holly Edwards. “He is well-respected in the animation industry and we are confident his creative instincts and wealth of experience will be an incredible resource as he partners with the studio’s directors and series creators.”

Prigmore said that the new role was an “amazing opportunity” and added that he believed “deeply in this shared vision for the future of animated storytelling.”