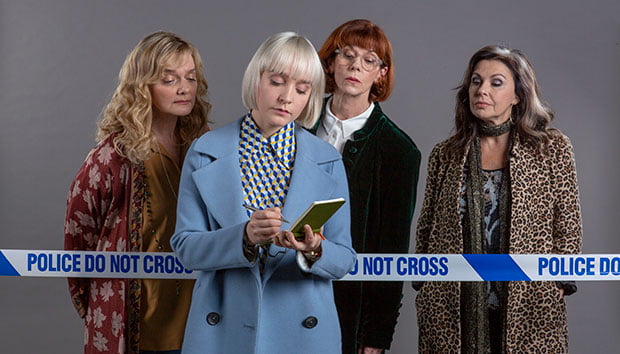 Sky in Germany is among a number of broadcasters and VoD platforms to have picked up drama Queens of Mystery from locally based distributor ZDF Enterprises (ZDFE).

Created by Julian Unthank (Doc Martin, New Tricks), the series follows a single female detective and her three aunts who are well-known crime writers. The trio help their niece solve whodunit-style murders while setting her up on blind dates.

In addition to Sky in Germany, Queens of Mystery has also been acquired by All Media Baltics in Lithuania, LTV in Latvia, Bulgaria’s bTV, Megogo and Okko in Russia and CIS, Germany’s ProSiebenSat.1 and VoD platforms including Amazon, iTunes and Google.

ZDFE handles worldwide distribution of Queens of Mystery outside English-speaking territories, which are handled by Acorn Media International.

It was greenlit in 2018 as one of the first original productions for Acorn TV, which specialises in taking British and foreign-language drama into the US.