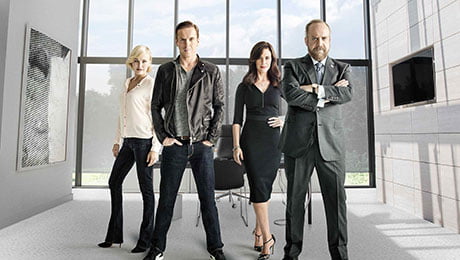 The fifth season of Billions will premiere in early May

US premium cablenet Showtime has made scheduling adjustments for its series Black Monday, Billions and The Chi as a result of disruption caused by the Covid-19 virus.

Due to the suspension of production operations, both Black Monday and Billions will now split their current seasons into two parts.

Black Monday will air until the sixth episode of its second season on April 12, then will return with the final four episodes of the season later this year.

As previously announced, Billions will premiere its fifth season on May 3. The first seven episodes will debut from May, with the remainder to air later this year.

Showtime said the pause in the new episodes of Black Monday and Billions will come “at a natural point in the story arcs of their seasons.”

The season premiere of The Chi will move up to June 21, with its entire third season airing without interruption.

In related news, Showtime will air Basketball County: In the Water, from executive producers Kevin Durant and Rich Kleiman, on May 15.

The film explores how one county in Maryland has recently produced more elite basketball players than anywhere else in the world. It is collaboration with NBA star Durant and sports business executive Rich Kleiman’s Thirty Five Ventures for Showtime Sports Documentary Films.