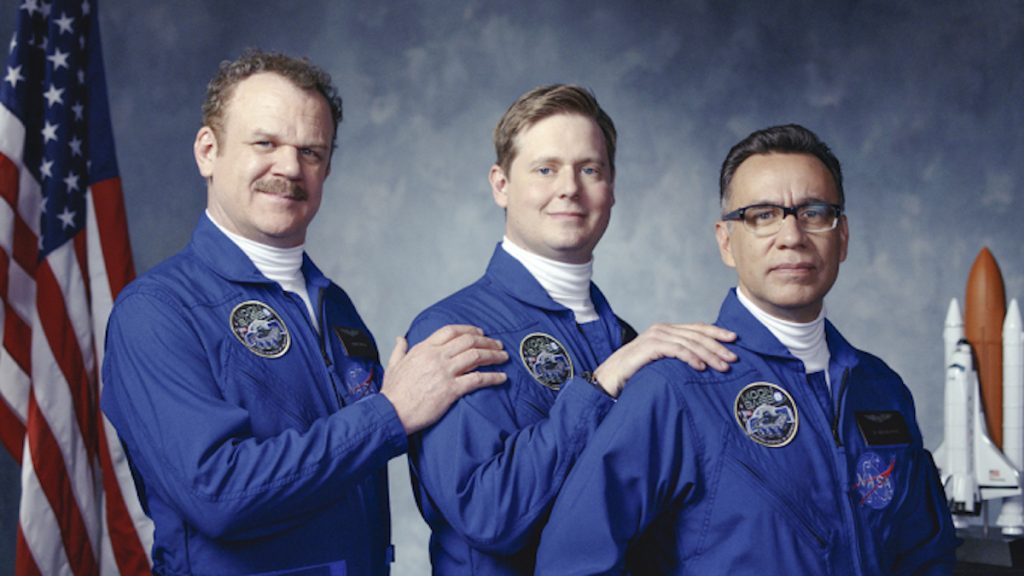 The 6 x 30-minute series follows the trio who are based at Nasa’s Moon Base Simulator with high hopes of being chosen to travel to the moon. However, as they train to qualify for their first mission, they begin to question whether they are really cut out for space travel.

The series is co-created by stars Reilly, Heidecker and Armisen, along with Jonathan Krisel, who also directs. It is produced by US indie A24 alongside Abso Lutely Productions.

The project was first announced back in 2018 and produced before the pandemic. It is due to air this fall.

“In a year when we have all been forced to come to terms with life in close quarters, we are happy to have landed this offbeat take on life in captivity with dreams of escaping to something grander,” said Jana Winograde, president of entertainment at Showtime Networks Inc.

“While the show was produced before the pandemic, its subject matter is timely – and thanks to Fred, Tim, John and Jonathan, its humour is timeless.”