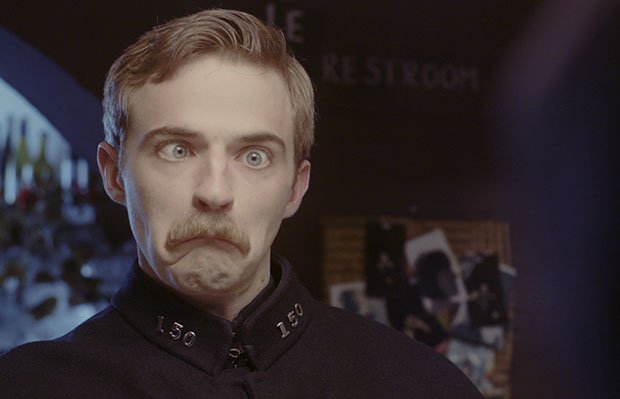 William Lambert as Officer Pip in Revénge a Paris

Denver-based event SeriesFest has revealed the line-up of projects competing in its virtual edition next month.

The annual six-day festival is taking place as scheduled from June 18 to 24 but, in light of the Covid-19 pandemic, has transitioned to a schedule of virtual events.

Projects are competing in categories such as Drama, Unscripted, Comedy, Digital Short Series and Late Night. Among the pilots is one directed by and starring former C21TV editor William Lambert.

Revénge à Paris (1×10′) is described as a British slapstick comedy masquerading as a French crime drama. It follows a young woman (Gabrielle Dempsey) who swaps the mundanity of working in a café for a new life in the crime-ridden Parisian underworld.

It was directed by Lambert, who spent over three years at C21Media between 2013 and 2016, and was produced with UK-based Wildseed Studios and a creative team including C21 senior reporter Nico Franks.

SeriesFest will return to Denver, Colorado, in June 2021 for its seventh edition. Last year’s event saw Netflix’s content boss Ted Sarandos set the agenda by discussing some of the inner workings of the streaming giant.