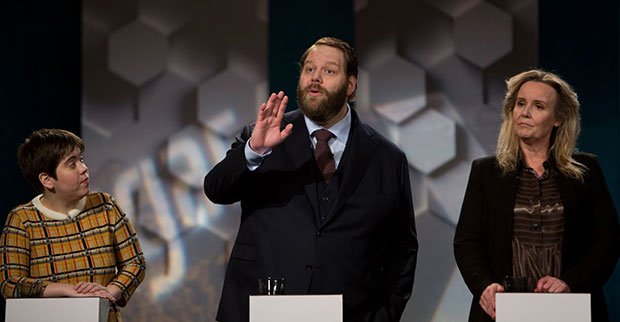 UK distributor Cineflix Rights has revealed its spring/summer 2020 slate of new scripted and factual content, led by a pair of dark dramas from Canada and Scandinavia.

Released to coincide with MipTV’s online forum this week – which is continuing some of the cancelled Cannes market’s activities digitally – Cineflix Rights’ drama lineup is led by Happily Married (10×45′).

The series, from Productions Casablanca for Radio-Canada Télé and Tou.Tv Extra, tells the story of two suburban couples who descend into a ruthless life of murder and criminality after dropping their children off at camp in 1974.

Also on the drama slate is The Minister (8×60′), from Sagafilm for RUV in Iceland, DR in Denmark, Norway’s NRK, Sweden’s SVT and YLE in Finland. The Icelandic political drama stars Ólafur Darri Ólafsson as a populist prime minister whose worsening mental health condition threatens the stability of the government and the lives of those around him.

Heading up Cineflix Rights’ factual slate is The Clown & The Candyman (4×60’), from Cineflix Productions for Investigation Discovery in the US, which follows investigators as they try to identify the anonymous victims of two of the most notorious serial killers in the US – John Wayne Gacy and Dean Corll.

Also in factual is Building Historic Homes (8×60’), from Windfall Films for Channel 4 in the UK. The show chronicles the over-the-top renovation and design challenges of couples and families determined to transform unique buildings into show-stopping dream homes.

Into the Unknown (6×60’), meanwhile, which is from Cineflix Productions for Travel Channel in the US, follows adventurer and survivalist Cliff Simon as he makes his way through forbidding landscapes to explore some of the most nightmarish myths of all time.

Finally, Battle of Britain: Three Days that Saved the Nation (3×60’), from Lion Television for Channel 5 in the UK, offers a minute-by-minute account of how Hitler’s aerial invasion was foiled by Royal Air Force pilots.

Chris Bonney, CEO of rights at Cineflix Media, said: “In these extraordinary times for the entire television industry, we are continuing to work to meet the demand from global buyers for fresh programming. Our new slate, which we are previewing to our clients through our online screening channels, demonstrates the best content our brilliant producer partners are creating for audiences looking for intrigue, escapism, thrills, entertainment – and everything in between.”