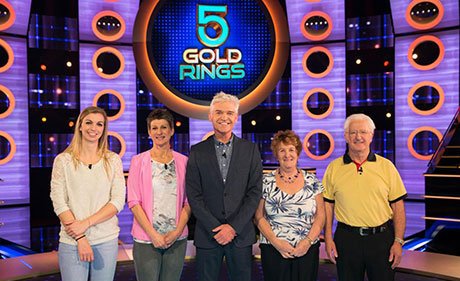 Co-created by John de Mol and Possessed, part of ITV Studios, 5 Gold Rings sees contestants answer questions by placing gold rings on an animated picture displayed on an LED floor. The prize money gets higher per level, while the rings get smaller.

The deal makes Germany the 10th country to pick up the format, after it was acquired by networks in the Netherlands, the UK, France, Spain, Israel, Greece, Saudi Arabia, Thailand and Vietnam.

The German version is scheduled to air this fall as a daily show on Sat.1 and will be produced locally by ITV Studios Germany.

Also this autumn, Spain’s Antena 3 will broadcast a second season of the show, while ITV in the UK will air a fourth.