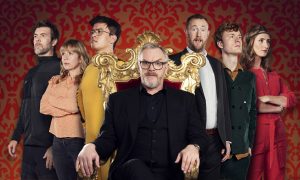 TV4 in Sweden and Finland and SBS Viceland in Australia have acquired UK comedy gameshow format Taskmaster, bringing the total number of countries the show has sold to 106.

Of those, 94 are airing the original Taskmaster programme, while the format has been sold to 12 more. TV4 and SBS Viceland have both picked up the entire nine-season back catalogue of the original show, with its tenth season airing this year on Channel 4 in the UK. 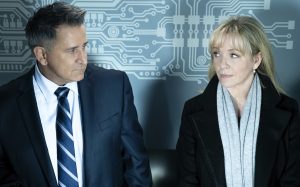 The US’ PBS Masterpiece Channel on Amazon Prime Video has picked up Australian psychological thriller Halifax: Retribution following a deal between Beyond Rights and PBS Distribution.

Produced by Beyond-owned Beyond Lonehand for Nine Network in Australia, the 8 x 60-minute series stars Rebecca Gibney, reprising her role as forensic psychiatrist Jane Halifax from the 1994-2002 series Halifax F.P.

The series brings Halifax back to the field after 20 years to tackle an elusive sniper who is terrorising the city.

Sherry Fynbo, EVP sales for North America at Beyond Rights, said: “We are thrilled that Halifax: Retribution will now sit alongside its impressive collection of leading English-language dramas on the PBS Masterpiece channel on Amazon’s Prime Video.” 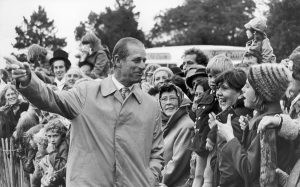 The 1 x 60-minute doc, which is set to debut on 28 December, explores the conflicting opinions surrounding the British royal, and husband to Queen Elizabeth II, who is seen by many as a “man of the people” and by others in a less flattering light.

“This is a beautifully made documentary that reveals a side of Prince Philip that many viewers will have never known,” said Nick Bullen, co-founder and editor-in-chief of True Royalty TV. “I think fans of The Crown will thoroughly enjoy this as they can compare the dramatic depictions of his legacy with his true life story.”