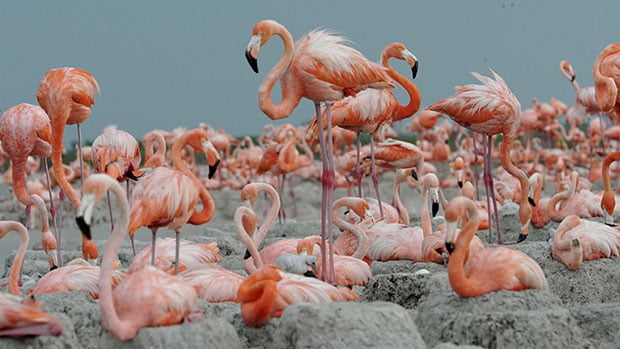 Migrating to Mexico has been picked up by several broadcasters

Meanwhile, Earth Touch and Smithsonian coproduction Dung Mafia (1×50’), exploring the fierce rivalries and complex interactions of dung beetles on the African savannah, has been picked up by CCTV, SVT, TrueVision, RTBF in Belgium, Servus TV in Austria and Vietnam’s VTV.

Finally, NHK has acquired Earth Touch and Smithsonian Channel’s Oceanic Whitetip – The Shipwreck Shark (1×50’), which has also been sold to international broadcaster Viasat World for Viasat Nature across the Baltics, CEE, Russia/CIS and Scandinavia.

Chris Fletcher, Earth Touch director of sales and programming, said: “Despite the current challenges our industry is facing, we are fortunate to have seen a surge of interest in our wildlife catalogue over the last couple of months.

“Our robust slate of natural history titles, which spans both features and series, offers effective and flexible solutions for broadcasters who may currently be looking for easy-to-schedule programming.”