Roku find US cord-cutting at a high 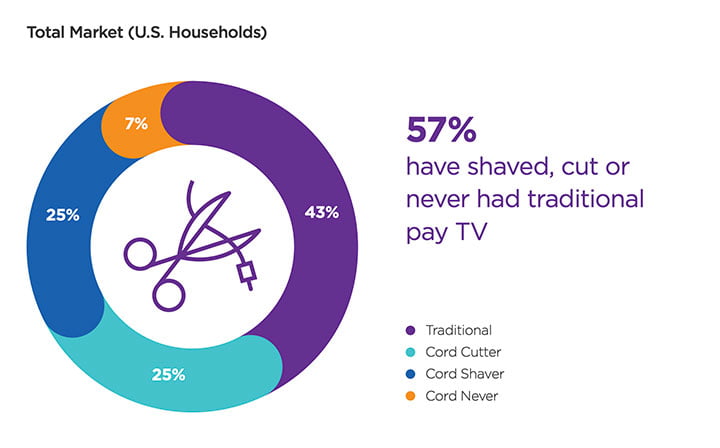 Almost a third of US households no longer have a traditional pay TV subscription, as viewers continue to turn to digital and streaming alternatives.

A new study from set-top box company Roku has found that the phenomenon of cord-cutting has reached an all-time high in the US, with about 32% of households doing away with pay TV subscriptions via cable or satellite.

The study also found that 25% of viewers in the US have reduced their cable subscriptions, with a further 45% likely to cut the cord fully within the next six months.

The vast majority of cord-cutter households said they were satisfied with their decision and wish they had cut their traditional pay TV service earlier. When asked about factors driving the shift to full-time streaming, cutting home entertainment expenses was cited as the primary reason.

The study found that nearly half of all US households say they stream more free ad-supported TV amid the pandemic.

The Roku study also revealed that users who cut the cord on pay TV saved an estimated US$75 each month.