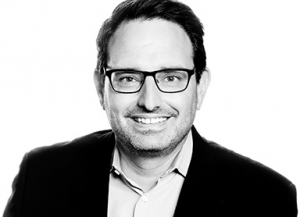 Rob Smith, general manager of BBC Studios (BBCS) in LA, has stepped down after nine months in the position.

Smith, who joined the company in September last year, will be succeeded by Valerie Bruce, who is being promoted into the role from EVP and commercial director of BBCS in LA.

Before joining BBCS, Smith was the director of unscripted at Netlflix for two more than years and also worked at Endemol Shine North America.

Bruce, who has been with BBCS for nine years and was appointed to her previous position at the same time Smith was hired, will now be responsible for overseeing all creative and business aspects of the department and lead the development of new BBCS productions. She will also be tasked with collaborating with the UK production team and UK prodcos on format strategy around existing and new programmes for the US market.

During her tenure, Bruce has managed first-look deals with Lionsgate and Fandom Fiction and helmed all business initiatives relating to Dancing With The Stars and Top Gear.

She will be joined by Sam Zoda, who has been appointed EVP of production, and will report to her.

Zoda’s credits include Dancing With The Stars; Hell’s Kitchen and I’m A Celebrity… Get Me Out Of Here!.

Matt Forde, MD of international production and formats at BBC Studios, said: “Valerie is the perfect executive to take BBC Studios to the next level. Her strategic vision, business acumen and talent relations expertise, united with Sam’s industry insight, critical judgment and established production experience will prove to be a powerful combination and a successful team.”