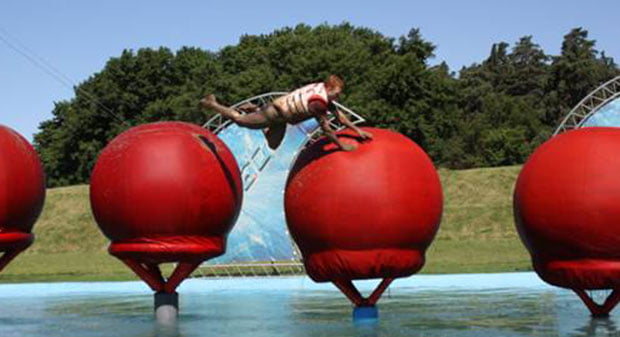 In Total Wipeout: Freddie & Paddy Takeover, former cricketer Freddie Flintoff and TV personality Paddy McGuinness will re-voice classic episodes of the gameshow, bringing their unique banter to some of the most memorable episodes and moments of the format’s six seasons, which ran from 2009 to 2012 in the UK.

The 6×40′ series will be voiced and edited remotely, with Initial’s Richard Greenwood exec producing.

Cat Lynch, joint MD of Initial, said: “Total Wipeout: Freddie & Paddy Takeover is just what we need right now. It’s a joyful, irreverent show which families can enjoy together. Freddie and Paddy will add a brilliant dose of mischief and warmth so viewers can enjoy a new take on these classic episodes.”

Loosely based around the primary curriculum, the series covers topics ranging from science to English, maths to history and cookery to dance.

Each celebrity provides insight from their own experiences, including Horner with tips on creative writing, Rashford teaching PE, Lineker teaching Spanish, Peake discussing the science of space rockets, Morrison on musical theatre and Kelis sharing her cookery tips.