Quibi skates into US, Canada 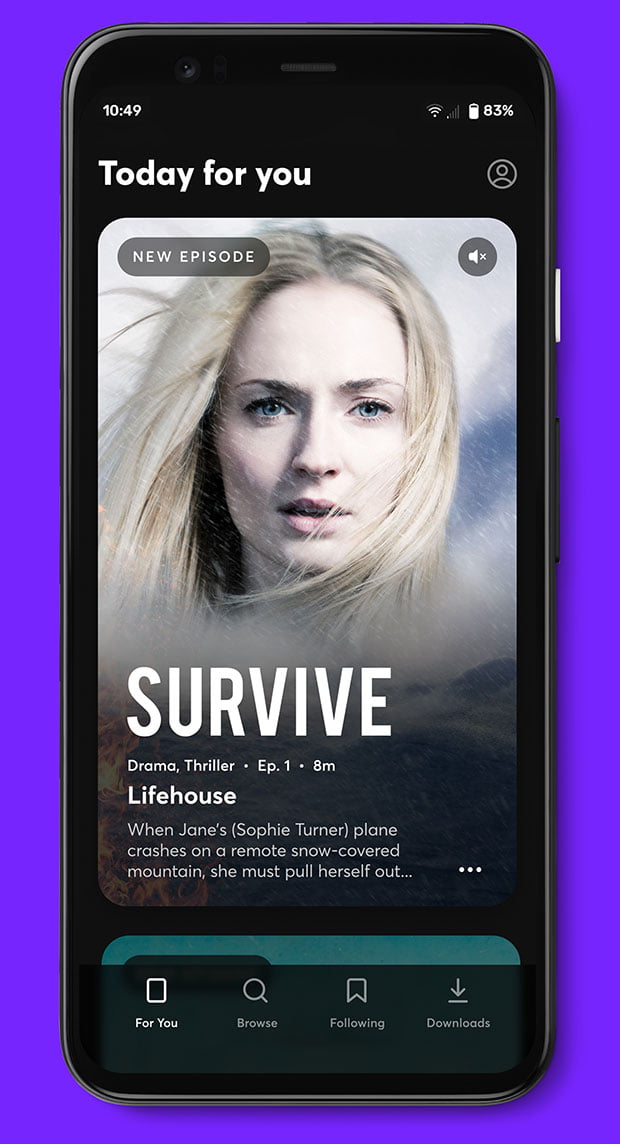 Mobile video platform Quibi has picked up skateboarding drama Hardflip as it launches today in the US and Canada under challenging circumstances.

The Quibi app is now available to download from the Apple App Store and Google Play Store for US$4.99 per month with ads and US$7.99 without.

Jennifer Lopez, Chrissy Teigen, LeBron James, Chance the Rapper, Liam Hemsworth, Sophie Turner, Lena Waithe, Nicole Richie and Reese Witherspoon are among the stars who appear in its content, all of which is 10 minutes or shorter, on the platform.

The latest addition to its slate of originals is Hardflip, described as an unlikely family drama that follows a wildly successful 16-year-old skateboarder and his immediate group of friends as he navigates the unfiltered reality of fame and fortune.

Produced by Kick The Habit Productions and Wiip, it comes from Eric Amadio (Snowfall), electronic music duo The Chainsmokers and Nyjah Huston.

Claiming to be the first entertainment platform designed specifically for phones, its content comes from Hollywood talent including Peter Farrelly, Steven Spielberg and Guillermo del Toro and is designed to be viewed on the go.

However, with much of the US and Canada under lockdown, the number of people commuting to work has plummeted as people are ordered to stay at home to fight the coronavirus.

Some Quibi content will make use of a smartphone’s touchscreen, cameras, GPS, gyroscopes and ability to tell the time of day and brightness of a room. For example, viewers will only be able to watch Spielberg’s horror-themed series After Dark once the sun has set.

The firm has also developed a technology it calls ‘Turnstyle,’ which changes how users see the content depending on whether they are viewing in portrait or landscape mode on their device.

Titles available to watch now include Survive starring Sophie Turner, Most Dangerous Game starring Liam Hemsworth and Christoph Waltz, Punk’d hosted by Chance the Rapper, Thanks a Million from Jennifer Lopez, Chrissy’s Court starring Chrissy Teigen and Around the World by BBC News.