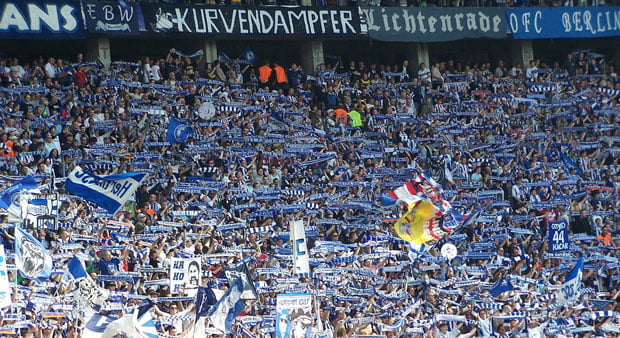 Vice-backed UK prodco Pulse Films and Man on Wire director James Marsh have begun production on a four-part series about Berlin’s historic football club Hertha BSC and the city itself.

Welcome to Berlin (working title) is described as a post-pandemic chronicle of a city through the lens of football, focusing on Hertha BSC’s campaign in the forthcoming the 2020-21 Bundesliga season.

It will also look across the past three centuries of a city that has come to represent change and transformation for the world.

The executive producers will include Marsh, Marisa Clifford and Thomas Benski of Pulse Films, which was recently behind Gangs of London for Sky and Beastie Boys Story for Apple TV, and Esteban Apraez, who is also the series creator.

“We’re making a document for posterity. These are the most turbulent times humanity has encountered in generations, so it’s a privilege to capture this new reality within the city that has experienced more change than any other in the last three centuries,” said Marsh, who also directed Stephen Hawking biopic The Theory of Everything.

“I am also a big football fan and the window that Hertha Berlin BSC offers to tell the story of their upcoming next season, and to connect it to the times we live in, and their own history since their founding in 1892 is exciting.”

Apraez added: “Because of the time we live in and the subject matter we’re tackling, I believe Welcome to Berlin has all the elements to become an era-defining contemporary cultural tale. Of the Western world, of Germany, of modern football, brought into context through hundreds of hours of archival footage and research that links our past to our present in the hope of transforming our future.”