Terry Pratchett’s prodco Narrativia is teaming up with Motive Pictures and Endeavor Content to bring the late author’s Discworld Universe to TV. 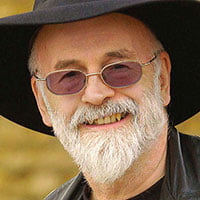 Discworld spans a series of novels that have sold in excess of 100 million copies around the world. Narrativia, the prodco Pratchett formed in 2012, UK-based Motive Pictures and US-based Endeavor Content are partnering on a series of adaptations.

Discworld, which spanned 41 darkly comic fantasy novels between 1983 and Pratchett’s death in 2015, has previously been the inspiration for Global Screen-backed animated movie The Amazing Maurice and BBC America’s The Watch, which is currently in production. This new deal means all future projects will be exclusively produced by Motive and Endeavor.

Rhianna Pratchett, co-director of Narrativia, said: “Discworld teems with unique characters, witty narrative and incredible literary tropes, and we feel these should be realised on screen in a form that my father would be proud of. It’s wonderful to embark on this journey with Motive and Endeavor Content, who both perfectly share our vision to make this a reality.”

Simon Maxwell, CEO of Motive Pictures, added: “Discworld is a national treasure and we are thrilled to be forging this new partnership with Narrativia and Endeavor Content.

“Together we will produce shows that will be loved by millions of Discworld fans worldwide, whilst also opening up Sir Terry Pratchett’s epic creations and legacy to new audiences. We launched Motive to make high-quality British shows with global scale and impact and I can think of nothing that exemplifies that ambition more than this hugely exciting partnership.”

Lorenzo De Maio, head of TV Advisory for Endeavor Content, said: “We are honoured to bring Sir Terry Pratchett’s Discworld to the screen, in partnership with best-in-class producers Narrativia and Motive Pictures. Discworld is a masterpiece of storytelling and we look forward to working with our partners to bring it to audiences worldwide.”

Endeavor Content’s involvement follows it taking a minority stake in The Night Manager prodco The Ink Factory recently. This is despite embattled parent Endeavor last week announcing the coronavirus crisis and a sizeable debt burden would see it cut a third of its workforce across departments, including talent agency WME.