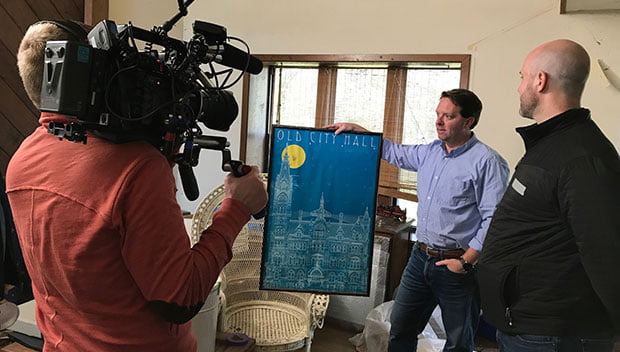 PBS member station VPM, fka WCVE, has given the show a second run while UK-based distributor DRG has secured worldwide rights to the 6×60’ first season and the new 8×60’ commission

MYE produces the series, which premiered in January, with Shipyard Entertainment.

Based on an original format concept by MYE entitled Hidden Assets, the show turns on the premise that the most important museum in the world may well be in your parents’ basement, attic, closet – or even under their floorboards.

Billed as a cross between Antiques Roadshow and History Detectives, the series explores family and social histories through the medium of people’s forgotten treasures.

S2 will go into production in July, circumstances permitting, and will roll out on US public television early in 2021. VPM is based in Paxton’s hometown of Richmond, Virginia.