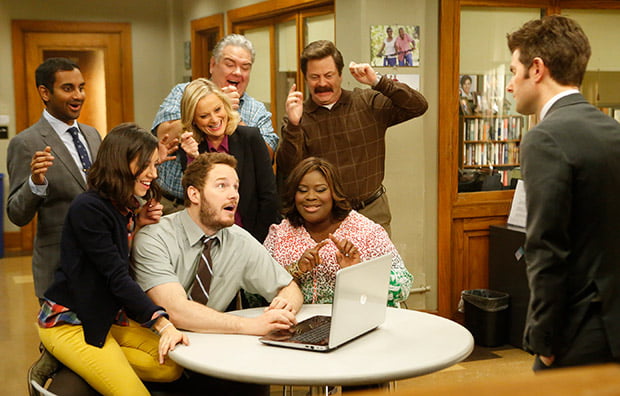 US network NBC is bringing back hit sitcom Parks & Recreation for a one-off special episode to benefit the charity Feeding America.

The episode will air on April 30, five years after audiences said goodbye to the comedy about the citizens of Pawnee, Indiana. Donations to US non-profit hunger-relief organisation Feeding America will be invited during the telecast.

NBC said the special would be the first scripted show to airing on broadcast TV to address the coronavirus crisis. All of the main cast from the original series will return in the 30-minute special, including Amy Poehler, Rashida Jones, Aziz Ansari, Nick Offerman, Aubrey Plaza, Chris Pratt, Adam Scott, Rob Lowe and Jim O’Heir.

State Farm, Subaru of America, NBCUniversal and the writers, producers and cast of Parks & Recreation will match donations up to US$500,000 combined for the telecast.

“Like a lot of other people, we were looking for ways to help and felt that bringing these characters back for a night could raise some money,” said executive producer Michael Schur.

“I sent a hopeful email to the cast and they all got back to me within 45 minutes. Our old Parks & Rec team has put together one more 30-minute slice of (quarantined) Pawnee life and we hope everyone enjoys it. And donates!”

In a joint statement, NBC Entertainment co-presidents of scripted programming Lisa Katz and Tracey Pakosta added: “In such uncertain times, we can’t think of anyone better than Leslie Knope [Poehler] to unite our country with her unbridled enthusiasm and compassion.”

The telecast was created to raise funds for Feeding America’s Covid-19 Response Fund, which will enable food banks to secure the resources they need to serve the most vulnerable members of the community during this difficult time.