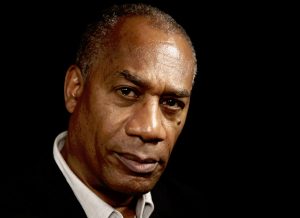 US streamer Crackle has ordered a new original series highlighting some of the world’s greatest BIPOC artists, from actors and directors to producers, writers and musicians.

The series will feature talent including Debbie Allen, Ta-Nehisi Coates, Phylicia Rashad, Shonda Rhimes, Sherri Shepherd and Tamara Tunie as they reflect on how their skin tone influenced their journey to success. Filmed in a theater setting, each episode will be hosted by Morton and Moore, with conversation, performance, workshops and discussions about the role race plays in the entertainment industry.

The series is set for production in late Q1 2021 and expected to premiere exclusively on Crackle Plus on 19 June, executive produced by Moore, Morton, Weintraub, Kolin, Scott Weinstock, Bob Maurer and Landmark’s David Ozer and Tim Rouhana.

“Inside The Black Box is an innovative, interactive, interview show that brings fresh perspectives and insights of the entertainment industry through the experiences of people of color,” said Morton. 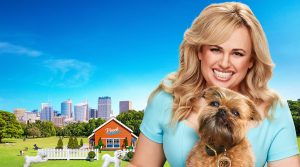 US network ABC has commissioned a local version of Beyond Productions’ Pooch Perfect entertainment format.

The US version is being produced by Beyond Media Rights, with Elan Gale, Sonya Wilkes and Rebel Wilson attached as executive producers. Nicole Anthony, Mike Rosen, Carley Simpson and Matthew Silverberg serve as co-executive producers.

This latest adaptation will be hosted by actor Wilson, who also presented the Australian version of the show on Seven Network last year. A UK version is currently airing on BBC1, hosted by Sheridan Smith.

The eight-episode serieswill showcase 10 of the best dog groomers in the US, along with their assistants, competing in a series of outrageous themed challenges. Television personality Lisa Vanderpump, celebrity dog groomer Jorge Bendersky and veterinarian Dr Callie Harris are to serve as a trio of all-star judges.

Amazon seeks NHL ‘All Or Nothing’

Produced by Amazon Studios in association with NHL Original Productions and Cream Films, and titled All Or Nothing: Toronto Maple Leafs, the Canadian Amazon Original series will be available on Prime Video later this year.

The series will offer an intimate look into the world of the players, coaches and team personnel. Steve Mayer, Ross Greenburg and Steven Stern will exec produce.

“As part of our continued investment in Canada, this new Canadian Original series will offer behind-the-scenes access and rarely seen point of views of the Toronto Maple Leafs, one of the most storied hockey franchises – and my personal favorite team – during a season unlike any in NHL history,” said James Farrell, VP of local originals at Amazon Studios.

This new commission follows recent news that Amazon has cancelled its canine-focused adventure series The Pack after just one season.

The reality series followed a dozen dogs and their owners as they embarked on an international adventure.