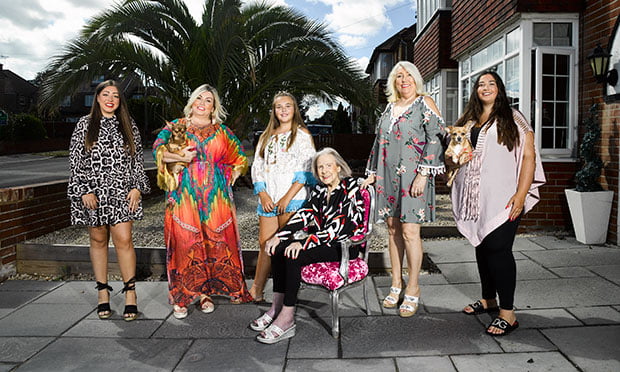 Independent UK distributor Orange Smarty has stocked up with 175 hours of new programming, focusing on feel-good series to fill schedules during the coronavirus crisis.

Highlights include ASC Media/TVNZ’s Living With The Boss, a series and format in which employees invite their bosses to stay in a bid to forge a personal connection and improve their working lives.

Yeti’s The Wedding Guru, commissioned by BBC2 Wales, is a comedic documentary following Onkar Singh Purewal, the self-styled “greatest event manager the world has ever seen.”

More fun and information is on offer in the second season of One Tribe/BBC1’s Dirty Vegan, in which Dirty Sanchez frontman Matt Pritchard, now an ultra-athlete and chef, cooks up vegan recipes.

The home front is represented by season 13 of Channel 4’s property-search series A Place In The Sun, produced by Freeform Productions, while family life is put under the microscope in Sky Atlantic’s four-parter This Is Our Family.

Filmed over three years by producer Little Gem, each 60-minute film provides an intimate look at the evolution of four families as they deal with such universal themes as birth, death and marriage.

Primal Media’s Home Free, meanwhile, is described as a heartwarming account of young people with learning disabilities who are leaving home for the first time.

Finally, Milk and Honey/Channel 4’s Bring Back The Bush: Where Did Our Pubic Hair Go? examines society fixation with unnaturally hairless bodies.

Karen Young, founder and CEO of Orange Smarty, said: “There’s been a lot of talk about how Covid 19 is proving a boon for distributors, the perception being that broadcasters will take any old show to fill the holes that have suddenly appeared in schedules. Wrong.

“We’re working closely with our broadcast partners to help curate and package shows across genres, from feel-good to family to factual, to ensure that audiences suffer no drop in the quality of their entertainment during these incredibly challenging times. That not only requires laser-sharp marketing but a real knowledge of our clients’ strengths, needs and positioning. We believe our new titles will help in that effort by delivering shows that keep broadcasters relevant – and the nation smiling.”