The on-demand screening service was created as an alternative to the studio’s traditional LA Screenings event in Los Angeles, which was cancelled due to the Covid-19 pandemic. Launching today, Monday, 18 May, it will run until Friday, 29 May.

Content on the site includes full episodes and trailers, as well as insights from show producers and messages from production executives and cast, and content from Sony’s existing library of TV shows and films.

“There is no doubt we are living in unprecedented times and staying connected is more important than ever,” said an SPT spokesperson. “One of the essential ways we connect is through stories, which remind us of our shared humanity. And, one constant throughout this uncertainty is our desire to be entertained. That is why we are proud to be sharing our content via our online Sony Pictures 2020 Screenungs – to help audiences around the world to connect, to escape, to laugh, to be thrilled and to feel hopeful.” 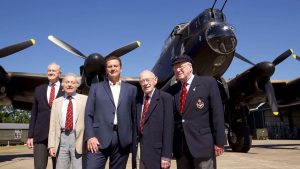 Smithsonian Channel commissions TVT Dambusters doc in UK and US

ViacomCBS-owned Smithsonian Channel has commissioned a special documentary about the British Royal Air Force (RAF) “Dambusters” bomber squadron from TVT Productions, to air in both the UK and the US on the anniversary of the D-Day landings in June.

D-Day And The Dambusters (1 x 90-minute in the UK and 1 x 60-minute in the US) follows historian and former RAF navigator John Nichol as he reveals how Second World War bomber unit 617 Squadron fooled German high command into believing Allied forces were invading Calais, instead of Normandy, by creating the impression of fake fleet with their Lancaster bombers.

Nichol also examines the other precision bombing missions carried out by 617 Squadron during the war – and how they earned their nickname of The Dambusters.

Charles Thompson, EP for TVT Productions said: “D-Day And The Dambusters is an unusual insight into the little-known history of how the brave RAF personnel of 617 Squadron spent the rest of the war following their incredible achievements as the Dambusters. John Nichol is a war hero himself (he was shot down in Iraq in 1991) and is able to uniquely relate to one of the most daring war-time raids of all time by speaking to some of those involved on both sides, while also uncovering new facts and visiting key historic locations.” 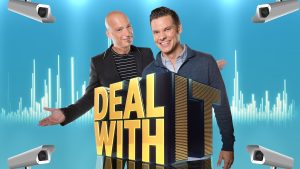 ‘Deal With It!’ returns to Keshet 12 after six year hiatus

The 10 x 60-minute series will be presented by Israeli comedians Adi Ashkenazi and Avi Nussbaum and see members of the public secretly recruited to pull pranks on their friends for cash prizes. It is expected to premiere on Keshet 12 in the late summer of this year.

The show is going into production as lockdown eases and will be subject to “additional adaptations to the primetime format” in order to ensure the safety of its contributors and crew.

The Deal With It! format has been sold by Keshet International into 22 countries, most recently including Italy’s Nove, Mexico’s Televisa and Slovenia’s Planet TV.

Kelly Wright, Keshet International’s SVP of distribution and new business, said: “Following the phenomenal success of the format in Italy on Nove and in Mexico on Televisa, we are really looking forward to welcoming Deal With It! back to Keshet 12.

“There is a real desire for shared campfire viewing here in Israel at the moment, and we’re confident that this new series will have families laughing out loud together in their sitting rooms, regardless of what’s going on elsewhere.”