New Zealand’s TVNZ 2 has commissioned a revival of reality talent format Popstars, to be produced by Screentime New Zealand in partnership with Warner Music New Zealand.

The original late-90s series followed the creation and development of all-female pop band TrueBliss, while this new series will reimagine the show for a 21st-century audience, with a panel led by award-winning singer-songwriter Kimbra. The Essential Productions format is being distributed by Banijay Rights.

The final acts will release their singles and perform to crowds and music industry executives, with the winner – or winners – taking home a $100,000 prize.

Philly de Laceym CEO of Screentime New Zealand, said: “Since its inception in New Zealand, Popstars has taken the world by storm to become one of the most successful television formats globally. We’re ecstatic to have a star like Kimbra involved and to bring Popstars back to its original home.”

Format originator Jonathan Dowling added: “The timing feels right with outstanding New Zealand artists like Benee and Jawsh 685 going global. Our music industry has changed massively in 20 years, and the 2021 Popstars will be an exciting re-boot for new performers.” 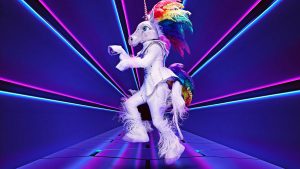 This new version of the Warner Bros International Television Production format, which is distributed by Fremantle, will feature sports stars, singers, TV hosts and other celebrities.

The news came as the MediaWorks-owned broadcaster unveiled its 2021 slate, which also included a ninth season of The Block NZ and the third season of South Pacific Pictures’ comedy Mean Mums.

The slate also included a new beach rescue show titled Bay Patrol, which will follow lifeguards and first responders from as they ensure the safety of visitors to the popular but dangerous Mount Maunganui coastline.

Media Ranch is one of eight recipients from Quebec, with the grant designed to provide visibility and funding to help Canadian creative works achieve financial success abroad.

A total of $3,371,000 is to be distributed amongst the recipients to help support the audiovisual, interactive digital media, music and publishing industries. To be considered, submitted projects must have a minimum total cost of $300,000, must support the discovery of Canadian works abroad, be focused on maximizing results, and support creative industries in several fields, including audiovisual for which Media Ranch was considered.

“Media Ranch is extremely grateful, and proud, to have received Canadian Heritage grant for Creative Export Canada which will allow us to continue our development of premium Canadian and global projects,” commented the company’s president Sophie Ferron.

Indie distributor all3media International has agreed two new package deals in the Czech Republic, with TV Seznam adding more than 100 hours of premium drama to its line-up and TV Óčko picking up over 100 hours of non-scripted titles.

As part of the same deal, the Czech channel has added to its roster of all3media International non-scripted programming with the latest fifth season of Spun Gold’s Garden Rescue (35 x 60-minutes), as well as 10-parter Garden Rescue: Top of the Plots.

Finalising the TV Óčko deal are seasons one and two of dating show Flirty Dancing (11 x 60-minutes) and season one of Lion Television’s Just One Night (6 x 30-minutes).