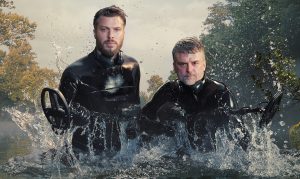 Broadcasters across Europe, Asia and Australia have picked up a range of UK factual and entertainment shows, following a raft of tape sales by distributor Keshet International (KI).

KI has sold seasons one and two of Hello Halo Productions’ River Hunters (14 x 60-minutes) to A&E Networks in Germany for its channel History and Foxtel in Australia, with partner Bomanbridge Media also closing sales with The Outdoor Channel across Asia and Thailand’s public broadcaster TPBS.

Further sales include deals with TV4 in Sweden, Sky in New Zealand and DPG Media in Belgium, among others. 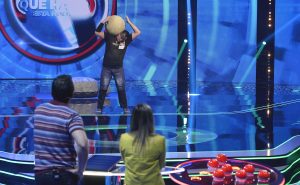 Fox in the US, SVT in Sweden, and RTL4 and VTM in Holland and Belgium have ordered local versions of Fremantle entertainment format Game Of Talents.

Based on an original format created by Fremantle’s team in Spain with Mediaset España, Game Of Talents sees contestants try to match a hidden talent with the performer in a game that proves that looks can be deceiving.

The commissions follow the recent order by ITV in the UK for a 7 x 60-minute series.

Rob Clark, director of global entertainment at Fremantle, commented: “It’s a great concept with a fantastic track-record in Spain and has huge family appeal for global audiences.

“The show has found great homes in the USA and across Europe, we’re excited to see how they perform.” 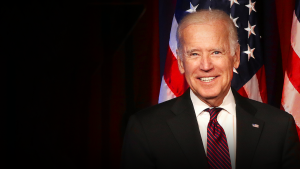 CNN to air US VP doc

CNN Films has acquired North American linear TV rights for the documentary feature President In Waiting, which will air on CNN next month.

The film aims to present an illuminating examination of the relationships between the US President and vice president, and their views of the power of the position, in their own words.

“CNN Films is known for premiering important stories of the day that impact our country, so I couldn’t be more thrilled for the film to have this opportunity,” said Roth.