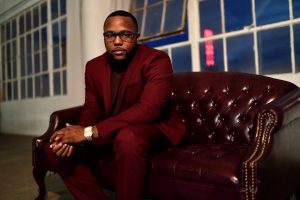 Hulu has commissioned a one-hour drama from Chambers writer Randy McKinnon, to be produced by Fremantle and Passenger, in association with 20th Television.

Wild Rabbit will be directed and executive produced by Reinaldo Marcus Green (Monsters And Men, Top Boy) and is described as a love story exploring perseverance, passion, and true partnership.

Inspired by events from McKinnon’s own life, Wild Rabbit follows college sports star Montel Harris, who has the world at his fingertips. But life changes after he is assaulted and suffers a career-ending injury just weeks before draft day. Now forced to figure out a new plan to survive his impoverished Miami neighborhood and take care of his family, he is lured into the dark underworld of performance enhancing drugs.

Richard Brown (True Detective, Catch-22) and Stephen Love (The Land) are also attached as executive producers, alongside McKinnon and Green.

“Wild Rabbit is a deeply personal story that I have the great pleasure to be partnering with Hulu and 20th to bring to life,” said McKinnon. “It was immediately clear that they both share and support my pursuit of creating elevated storytelling for diverse global audiences.”

Green added: “Randy McKinnon is a force to be reckoned with. He’s written a compelling and beautiful piece that I trust will be around for years to come. I’m honoured to be a part of Wild Rabbit and it’s unique, fresh, fun, and urgent storytelling.”

Synchronicity to adapt ‘Mayflies’ for TV

Glasgow-based Synchronicity Films is developing a premium limited series based on author Andrew O’Hagan’s novel Mayflies, to be adapted for the screen by Elizabeth Is Missing scribe Andrea Gibb.

Mayflies tells the story of James and Tully, who share an incredible friendship in a small Scottish town during the 1980s, and the pain that follows 30 years later after a terrible tragedy.

Claire Mundell, founder and creative director at Synchronicity Films, said: “From the very first page, Andrew’s beautiful novel had me totally enthralled. His depiction of a life-long friendship spanning the exuberance and promise of youth to the painful realities of later life is at once life-affirming, joyful and heart-breaking.”

“I look forward to supporting the production in every way I can, and encouraging these brilliant people in their task of bringing to the screen my most personal novel yet,” said O’Hagan. “It’s a story of friendship, loyalty, youth and growth, and Synchronicity have all the warmth and intelligence to make Mayflies into something special.” 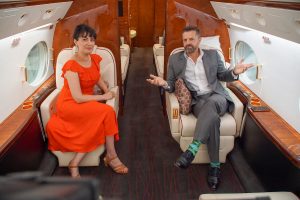 Sydney-based factual distributor Flame Distribution has inked a raft of sales of unscripted series and specials in South Korea and China.

South Korean broadcaster KBS has picked up Entertain Me Productions 1 x 57-minute documentary Greta Thunberg: The Voice Of The Future, which tells the true story of how the actions of one Swedish teenager went on to inspire a global movement.

Chinese streamer iQiyi, meanwhile, has licensed a selection of documentary series, specials and shorts including Billionaire Wonderland, How Not To Get Cancer and #Beasts. These new acquisitions follow on from two previously unannounced deals that were concluded with Flame earlier this year for The Kingdom: How Fungi Made Our World, and Cat Report.

Huanxi Media, has also licensed a selection of more than 50 hours of content for their SVOD platform, which includes a package of biographies and documentaries produced by Entertain Me Productions such as Ariana Grande: State Of Mind (1 x 60-minutes), Elvis: The Men Who Knew Him Best (1 x 120-minutes) and Freddie Mercury: The Ultimate Showman (1 x 60-minutes).

“These sales highlight the growing buoyancy in segments of the Asian market, especially as the demand for non-scripted content seems to be accelerating during Covid,” said Flame’s Fiona Gilroy. “We are delighted to have finalised these deals with such prominent partners, and to see our non-scripted fare further extend its reach into these territories.”