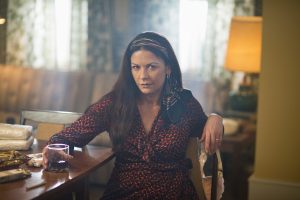 The female-skewing made-for-TV movie package will be made available from 1 September, at no extra cost to Foxtel Movies bundle subscribers.

Brian Walsh, Foxtel’s executive director of TV, commented: “For more than 20 years, Lifetime Movie Network has captured TV audiences in the US by delivering quality made for television movies featuring some of Hollywood’s biggest stars.

“The movies are a perfect guilty pleasure with captivating stories and outstanding performances. We are delighted to partner with LMN to bring our customers Lifetime’s iconic movie heritage to Australia.”

Tanya Lopez, EVP, movies, limited series and original movie acquisitions for Lifetime and LMN, added: “With a legacy of powerful women on both sides of the camera, including the best of Hollywood’s A-list talent, our globally successful Lifetime TV movies offer the widest breadth of subjects and storylines that resonate with today’s audiences seeking to indulge.” 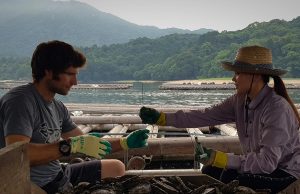 Our Guy In Japan

The OTT platform, owned by Huanxi Media Group, delivers both scripted and non-scripted content to subscribers in mainland China.

The acquisition includes 25 titles, covering a range of genres, including true crime, food, arts/culture, royalty and history, which will be added to Huanxi Media’s new non-scripted portfolio.

Among the titles are travel shows including two seasons of Studio Lambert’s Race Across The World, North One Productions’ Our Guy In Japan and Optomen Television’s Kevin McCloud’s Escape To The Wild.

A collection of food-themed content led by chef Gordon Ramsay will also be available, including Studio Ramsay’s Gordon Ramsay’s 24 Hours To Hell And Back and One Potato Two Potato’s Gordon’s Ultimate Cookery Course.

Kit Yow, sales manager for Asia Pacific at All3Media International, said: “This bulk deal highlights the impressive breadth and depth of our factual portfolio, which is constantly refreshed via our ongoing collaborations with the genre’s leading producers.”

The Red Arrow Studios-owned Karga has returned to production following a hiatus caused by the pandemic and is expected to deliver the new episodes to Kanal D for broadcast next month.

The series stars Turkish actor Timuçin Esen in the lead role of Ateş Hekimoğlu, a counterpart to the role portrayed by Hugh Laurie in the original Fox series House. The show follows a brilliant but unconventional and hard-edged doctor.

Murat Saygı, general manager of Kanal D, commented: “Adapting an American series for Turkey is a difficult job, but Hekimoğlu has proved to be a really successful adaptation of House.

“Audiences have loved meeting such a unique and unusual character as Dr Ateş, and have been rewarded by the show’s high production values and the excellent performances of the actors. Our series will return in September with compelling new episodes.”