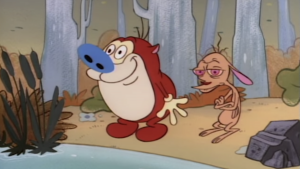 The “reimagination” of the series comes following similar revivials of properties including Beavis And Butt-Head and CloneHigh, as well as Jodie, a spin-off from Daria.

Nickelodeon launched the original Ren & Stimpy show back in 1991. Created by John Kricfalusi, the series followed the adventures of unstable Chihuahua Ren and his dim-witted feline friend Stimpy. It ran on the channel for five years.

“I want to thank our partners at Nick Animation as we re-imagine these iconic characters with a new creative team,” said Nina L. Diaz, president of content and CCO for ViacomCBS Entertainment & Youth Group.

“We are excited to reinvent this iconic franchise with a new creative team and our partners at the Nickelodeon Animation Studio,” added Chris McCarthy, president of ViacomCBS Entertainment & Youth Group. 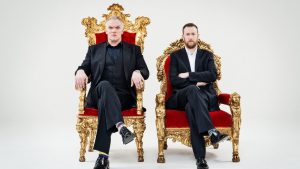 US network The CW has axed British comedy game show Taskmaster after just one episode, due to poor viewing figures.

While the series has proved a ratings hit in the UK, only 212,000 people tuned in to watch the Greg Davies and Alex Horne-fronted show in the States.

As a result, the show was pulled from the schedules and replaced with reruns of paranormal drama Supernatural in the slot.

The possibility of Taskmaster being moved to the network’s streaming service CW Seed has reportedly been mooted, but is unconfirmed.

British pubcaster the BBC has ordered two special programmes to commemorate the 75thanniversary of the end of the Second World War.

The shows, produced by the BBC Studios Events team will both mark VJ Day, when Allied forces achieved victory over Japan, and air on BBC1 on 15 August.

VJ Day 75: The Nation Remembers will come live from the National Memorial Arboretum in Staffordshire, where the national remembrance commemoration is taking place. In the studio, newsreader and broadcaster Sophie Raworth will hear from guests who will be discussing the significance of the anniversary and from veterans of the conflict.

Meanwhile,VJ Day 75: The Nation’s Tribute will be broadcast from Horse Guards Parade in London, where a unique evening event will tell the story of all those that served in the Far East. Narrated by actor Joanna Lumley, the event will chart the crucial campaign that led to the end of the Second World War. Key moments of the conflicts will be reflected through readings and musical performances, with actors including Sheridan Smith, Hugh Bonneville and Paterson Joseph bringing to life well-known and influential figures of the Second World War.

Charlotte Moore, director BBC Content, said: “The 75th anniversary of VJ Day is an opportunity to unify the nation in remembrance and to reflect on the peace that victory enabled. It’s fitting that the BBC will bring audiences together for this anniversary of such national significance, which will have a new resonance as we begin to emerge from lockdown.” 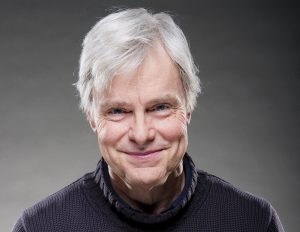 The BBC has commissioned a three-part drama about politician John Stonehouse, who famously faked his own death.

John Preston is attached to write the mini-series, titled Stonehouse, which will be co-produced by the UK indie Clearwood Films and Snowed-In Productions, with Ellie Wood and Ruth Kenley-Letts on-board as executive producers. Banijay Rights will handle international distribution.

The true story is set in November 1974, when a pile of clothes was found on a beach in Miami. It appeared that British MP John Stonehouse had gone swimming and was assumed drowned or killed by a shark. Despite the absence of a body, obituaries were published. However, it transpired he was very much alive and en-route to Australia to set up a new life with his mistress and secretary, Sheila Buckley.

John Preston commented: “There has never been a more bizarre true-life story than that of John Stonehouse, who miraculously came back to life a month after his own ‘death’. I am thrilled to have the chance to dramatise a case which has fascinated me for as long as I can remember.”