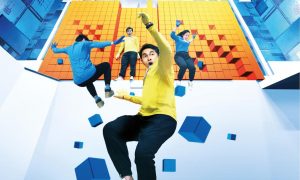 RTVE in Spain and Avrotros in the Netherlands have both commissioned local versions of Red Arrow Studios International’s gameshow format Block Out.

Originally created by Japan-based Nippon TV and Red Arrow Studios, Block Out made its debut in Thailand on Channel 7 and has also been sold to VTV in Vietnam and PT Cakrawala Andalas Televisi in Indonesia to air on ANTV. Red Arrow Studios International holds worldwide rights (excluding Asia).

RTVE’s domestic version will be produced by Gestmusic (an Endemol Shine Iberia company) and will air on its La 1 channel in 2020. Avrotros has commissioned Tin Can to produce its local version.

The format features two teams of four players – each with their backs literally against a wall – battle it out in a variety of physical games, combining trivia, strategy, and chance.

Tim Gerhartz, SVP, global sales at Red Arrow Studios International, said: “Light-hearted, feel-good entertainment shows which bring the whole family together have never been more important. With its fun combination of physical games and trivia, Block Out has all the components needed to entertain a broad family audience.” 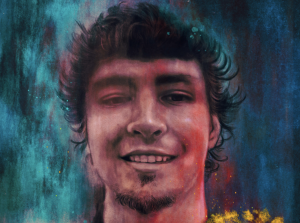 The film explores the story of Andrew Sadek, a North Dakota college student who in 2014 went missing and was later found dead after being coerced into become an informant for an aggressive police task force.

The 1 x 90-minute film, which has its world premiere today at Hot Docs Festival 2020, is written, directed and produced by Trevor Birney (The Go-Go’s, No Stone Unturned), founder of Fine Point Films. It was produced in Northern Ireland, with the support of Northern Ireland Screen, it was co-produced by Mairéad Kelly and executive produced by Brendan Byrne (66 Days and One Million American Dreams) and Michael Fanning (Rocky Ros Muc).

Abacus MD Jonathan Ford commented: “We are thrilled to add The Dakota Entrapment Tapes to the Abacus programming line-up. It’s a captivating film from the award-winning team at Fine Point Films, which we are confident will have wide international appeal following its world premiere at Hot Docs.”

Broadcasters in the US, Canada, Europe, Asia, Africa and Australia have picked up more than 320 hours of factual and family programming, following a raft of new licensing deals by global distributor Blue Ant International.

Among the sales are Saloon Media’s The Bryk Retreat, a 7 x 30-minute series following designer Danielle Bryk as she takes over the daunting task of renovating the cherished family lake house amid family demands and tight timelines. This has new broadcast deals with U.S. specialty cable channel, Discovery, as well as Foxtel in Australia, Blackstar TV in South Africa and True Visions in Thailand.

Season five of 16 x 60-minute series See No Evil, from Arrow Media and Saloon Media, which explores how real crimes are solved with the help of surveillance cameras, has been picked up by Discovery in the UK and Italy, A+E Networks in Italy and Asia, Nine Network and Foxtel in Australia and ProSiebenSat.1in Germany.

The distributor has also secured a bevy of sales for its recently released factual series Witches of Salem (4 x 60-minutes), from Saloon Media, in association with Talos Films). It tells the tale of history’s most terrifying real-life witch hunt and has been picked up by ViuTVsix in Hong Kong, SVT in Sweden, A+E Networks for its History channel in Germany, Viasat World for Viasat History in Central & Eastern Europe, Baltics, Scandinavia, Russia and CIS and The Travel Channel in the US.

“In these unprecedented times, we are in constant virtual contact with our buyers around the world, helping them curate their slates and fill content pipelines to ensure audiences always have access to something fresh and compelling,” says Ludo Dufour, SVP, international co-productions and sales, Blue Ant International.