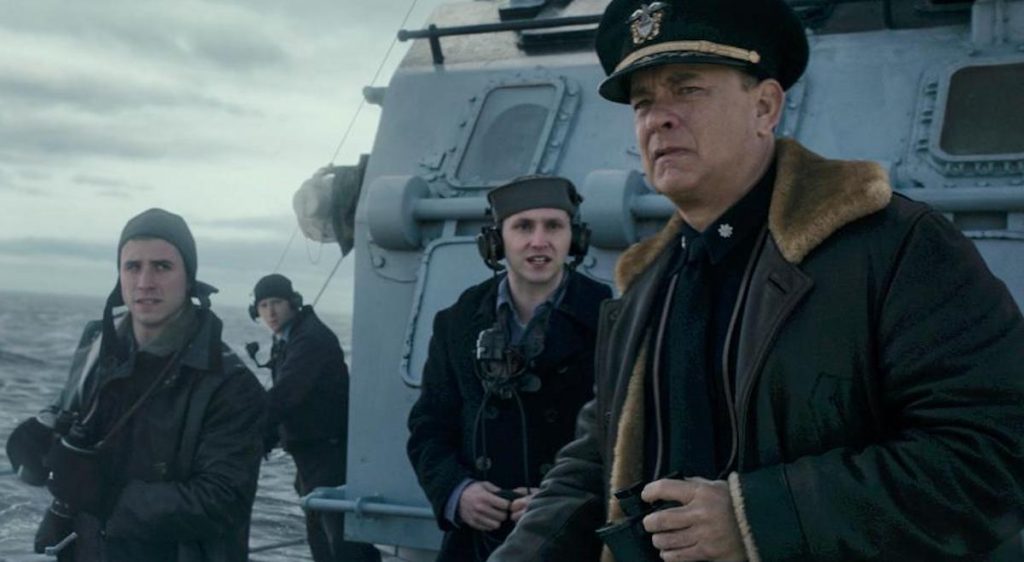 Apple TV+ has picked up rights to Tom Hanks’ forthcoming movie Greyhound, becoming the latest streamer to launch a movie via its service as Covid-19 hits theatrical releases.

The movie, a naval drama set during World War Two, has been picked up for a reported $70m from Sony Pictures. It had been due to debut on 8 May in cinemas, before being pushed to 12 June and then being delayed indefinitely. The deal is believed to be the most spent by Apple on an acquisition to date, with film set to debut in 100 countries at the same time. 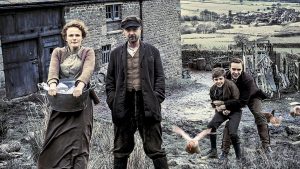 New York-based TV and film company FilmRise has struck a deal to manage programming from UK-based All3Media International via a variety of streaming services.

Filmrise will program and market thousands of hours of programing from the All3 catalogue including scripted series such as Wild At Heart and The Village, along with unscripted fare including motor show Fifth Gear via Amazon Prime Video, IMDb TV and The Roku Channel.

Gary Woolf, EVP of strategic development for All3Media International, said: “FilmRise’s technical sophistication complements our existing commercial agreements with these platforms – their robust analytics, strong streaming service relationships, and expertise in effectively monetizing content in the digital platform universe will be a great supplement to our ever-expanding distribution and sales activities.”

Danny Fisher, CEO of FilmRise, added: “The combination of All3Media International’s deep level of offerings including high-quality programming together with FilmRise’s digital prowess has been exciting for us. We look forward to expanding upon our mutually beneficial relationship.”

The partnership was negotiated by Max Einhorn, VP of acquisitions for FilmRise and Woolf. 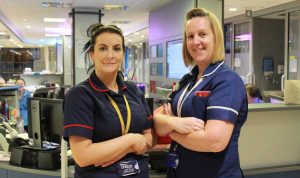 ViacomCBS-owned Channel 5 in the UK has ordered a new docuseries from Crackit Productions that explores what life is like for staff working the night shift at accident and emergency departments.

A&E: After Dark was filmed before the Covid-19 outbreak and offers unfettered access to Hull Royal Infirmary, providing insights into the daily workings of the hospital.

Elaine Hackett, CEO at Crackit, said: “From traffic accidents to drunken disasters, fights and drug-related admissions, this is a gritty, moving documentary that will show viewers the pressures NHS staff are constantly under.”

The series was commissioned by Sebastian Cardwell, deputy director of programmes at ViacomCBS UK and executive producers are Jon Connerty and Elaine Hackett.

Indielab Accelerator is launching a virtual community platform that will take the place of its 2020 live program, which was due to start last month.

Indielab Connect will offer services including a one-to-one mentoring scheme, a free legal helpline and a finance helpdesk to offer advice to indies from the 2020 cohort.

Sony Pictures Television is also to provide a diversity-based bursary scheme, in a bid to support Indielab Accelerator’s increased focus on regional and BAME-owned production companies.

Broadcasters across Europe, Africa, Australia and Asia have picked up a raft of factual programming from Ireland’s RTÉ Programme Sales.

YLE in Finland and TF1 Histoire in France have taken Tyrone Productions and Create One’s docuseries The Irish Revolution (3 x 60 minute), which is narrated by Peaky Blinder’s star Cillian Murphy and explores how a small group of rebels forced the UK to withdraw from Ireland in the wake of the World War One.

Incredible Homes, which explores “fabulous and unusual living spaces in the world’s coolest capitals”, has been picked up by Canada’s TLN, South Africa’s The Home Channel, Australia’s Foxtel and BBC Poland.

Elsewhere, Room To Improve has been sold to The Home Channel and Foxtel, while YouTuber Donal Skehan has seen his show, Donal’s Meals In Minutes, picked up by Hong Kong’s TVB and Australia’s Liftstyle Food.

Edel Edwards, head of programme sales at RTÉ Programme Sales, said: “For years, we’ve represented the best of Ireland’s producers on the international market, delivering and overseeing third-party strategies for format and scripted deals, and pushing our factual fare as far and wide as possible. And that role has never been more important than it is right now, as we work to keep our incredibly talented Irish producers in business — and our broadcast partners supplied with a pipeline of premium content.” 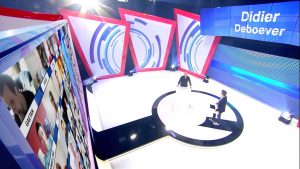 Belgian prodco Never Ending Story (NES) has developed a digital workaround to ensure that the country’s long-running game show Septante Et Un can continue to be made safely, despite Covid-19 restrictions.

Based upon Headstrong’s US format, Beat The Crowd, the series has been broadcast on pay-TV channel RTL TVI for the past 17 years and, since its 2003 launch, has gone on to secure a 30% audience share for the channel’s primetime slot daily.

Featuring one player compete face-to-face against 70 opponents over 10 rounds in front of a live studio audience, continuing to film through the pandemic obviously posed some problems for the show.

In order to comply with safety regulations, NES adapted the format by developing a digital interface to allow the 70 other competitors to “join” the studio-based player and presenter Jean-Michel Zecca remotely using their home computers and a “virtual” display in the studio. Filming resumed last week in RTL’s studios.

Wiet Bruurs, Head of Entertainment at RTL says, “We are thrilled to have been able to work with the extended team at NES to find a creative solution to continue to bring our viewers their daily dose of Septante Et Un at this difficult time. This series has been the backbone of our daily schedule for nearly 20 years and we hope this new evolution of the format will continue to entertain and engage audiences while allowing contestants to take part from anywhere in the world.”