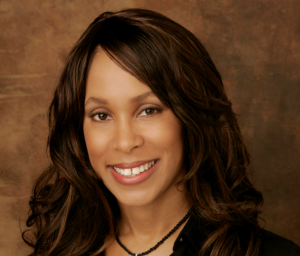 Netflix’s VP of originals Channing Dungey has left the streamer after less than two years in the role.

Dungey joined Netflix in December 2018 having previously been president of ABC Entertainment.

She had been with the US broadcast giant for 14 years but left to work with Cindy Holland, who has also subsequently left the US-based SVOD and was replaced by Bela Bajaria who is global head of TV.

Dungey, who said she was leaving to pursue another opportunity, is one of a number of execs thought to be in the running for the vacant role of president at Warner Bros. TV following Susan Rovner’s move to NBCUniversal.

Dungey had overseen some of Netflix’s biggest overall deals with prolific producers including Shonda Rhimes and Kenya Barris, whom she worked with on a range of projects at ABC, as well as Jenji Kohan, Steven DeKnight, Marti Noxon, and the Obamas’ Higher Ground Productions.

As ABC Entertainment president, Dungey shepherded a wide range of award-winning programming including The Good Doctor, The Rookie, Rhimes’ series Scandal and How To Get Away With Murder and Designated Survivor.

More recently, Dungey played a key role in cancelling Roseanne at the peak of its ratings on ABC, after its star Roseanne Barr sent a controversial tweet about a former staffer under President Obama, Valerie Jarrett.

Dungey’s career in entertainment has spanned both television and film. She partnered with Pamela Post, and formed Dexterity Pictures, a production partnership focused on making both studio and independent films, as well as developing television series.

She also served as president of Material, a film production company with a first-look deal at Warner Bros. Prior to that, she served for five years as a Warner Bros. production executive, helping to develop and supervise a diverse range of commercially successful, critically acclaimed films.